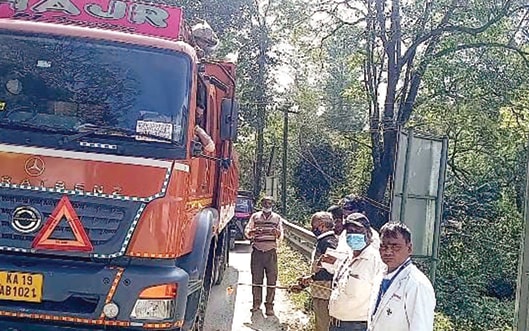 Special surveillance on carrier vehicles coming from Kerala which have cattle and birds.

Gudalur: After initiating surveillance of carrier vehicles, chicken from Kerala is now banned in Tamil Nadu’s border district Nilgiris. The measures have been introduced in the wake of bird flu cases and mass culling reported in Alappuzha and Kottayam. The precautionary strategies are beefed up by the integration of police, wildlife and revenue departments. A veterinary doctor and an assistant is part of the team. They are ensuring the surveillance of chicken and other poultry products in the eight check posts.

Nilgiris district administration had initiated special surveillance on carrier vehicles that have cattle and birds coming from Kerala. The intensified checking has been carried out by the animal husbandry department. The checking is carried out in bordering check posts like Thaloor, Nadukani, Pattavayal, and Cherangode. Apart from surveillance preventive medicines are sprayed.

Meanwhile, poultry farmers have been directed to take precautionary measures. Hen, duck, turkey and wild birds are prone to bird flu. They can spread it to humans too. To avoid unfortunate incidents and losses, scientific measures should be taken. Different types of birds should not be fostered together in a farm. At least twice a month, the equipment and premises should be cleaned with disinfectant. If birds are dying veterinary doctors should be intimated promptly.