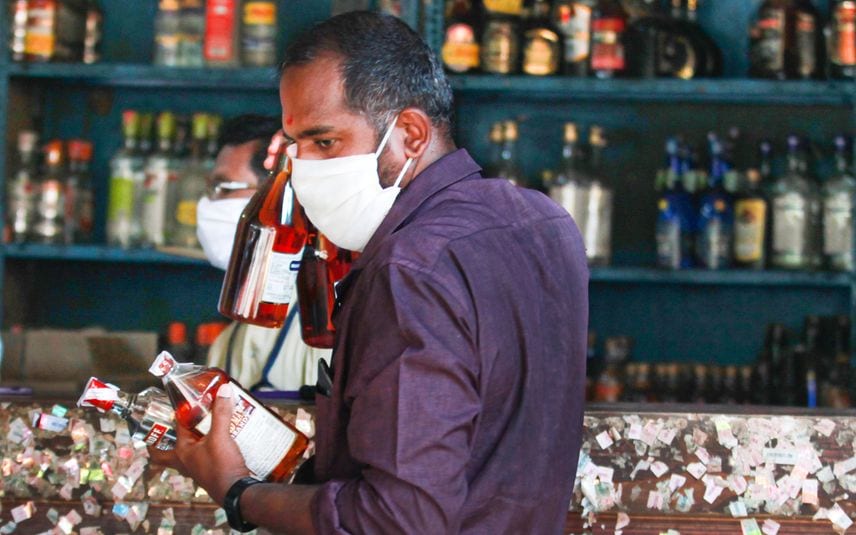 Thiruvananthapuram: Liquor production in private distilleries of the state was stalled due to steep hike in the price of spirit. Though attempts were made to bring liquor from outside the state in view of the limited stock with the beverages corporation, no progress has been made.

An average of 20 lakh cases of Indian-made foreign liquor are being sold in the state each month. As many as 70,000 cases are consumed per day. Currently, only 6 lakh cases of liquor are stored in the storage facilities of the state’s beverages corporation.

The stalemate intensified when the cost of extra neutral alcohol (spirit) hit Rs 74 per litre recently. A hike of Rs 10 was recorded in the price of spirit within 3 months. Meanwhile, the government has not permitted liquor producers to increase the price in proportion to the surging production cost. Hence, the government decided to adjust the liquor tax to ensure more profit for the liquor companies as it was impractical to increase the price of liquor. It assured a 12 per cent surge in profit for the companies by keeping the liquor price stable. Though the decision was taken three months ago, no action was initiated. The government has also decided to increase the salary of the employees in distilleries.

Following the surge in spirit price, the companies attempted to balance the revenue by reducing the quality of plastic bottles and increasing the sales of high-quality brands. The beverage corporation officials are expecting the government to intervene during this tough situation. The Excise Intelligence has reported that the scarcity of liquor may lead to an escalation in the production of spurious liquor in the state.