Suleikha lost her husband T K Abdulla on June 24, 2015, during the month of Ramadan. Her eldest daughter Aslaha was in 10th standard at that time. Ansifa and Althaf are right below her. 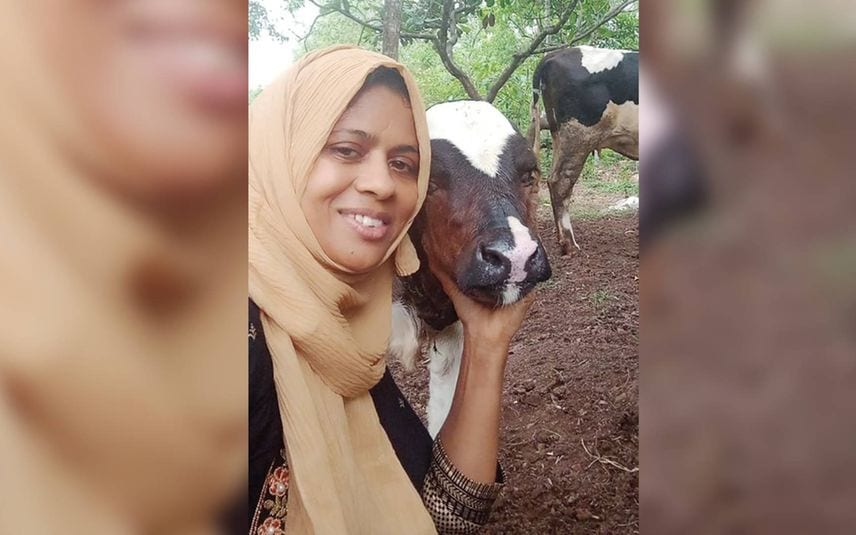 Kannur: Kalliasseri native P K Suleikha's world stopped spinning when she was widowed seven years back. Years on, she has fought her way through all odds and all three of her children are preparing to become doctors.

Suleikha lost her husband T K Abdulla on June 24, 2015 during the month of Ramadan. Her eldest daughter Aslaha was in 10th standard at that time. Ansifa and Althaf are right below her.

Suleikha devoted her time looking after cows and started earning income through it. She started with five and now has ten under her care. She is also farming across an acre of land. Aslaha completed her MBBS and is now doing her MD. Ansifa is a final year MBBS student and Althaf has joined for MBBS this year.

“Women must have the strength to endure any adverse situations that they have to face. Not everyone around will understand us. We must tread down the right path and everything will fall in place. I sternly believe that only I have the power to defeat myself, not anyone else,” says Suleikha.

Suleikha and her children are staying in her husband’s hometown Pariyaram.

The Samriddhi workshop that was organised for women entrepreneurs in the Thaliparamaba constituency changed Suleikha’s life for the better. She applied for a loan through the Samriddhi scheme for growing cattle. The panchayat officials supported her and sanctioned a loan of Rs 2 lakh.

She got trained at Beypore’s Dairy Training Centre and learned the basics of dairy farming. As per the Samriddhi scheme, the interest of the loan is paid by the Pariyaram panchayat. Initially, the cattle shed was right next to her house. Later on, it was shifted to her own place around 1 kilometre away from there. She tends to the cows and does all the work by herself.