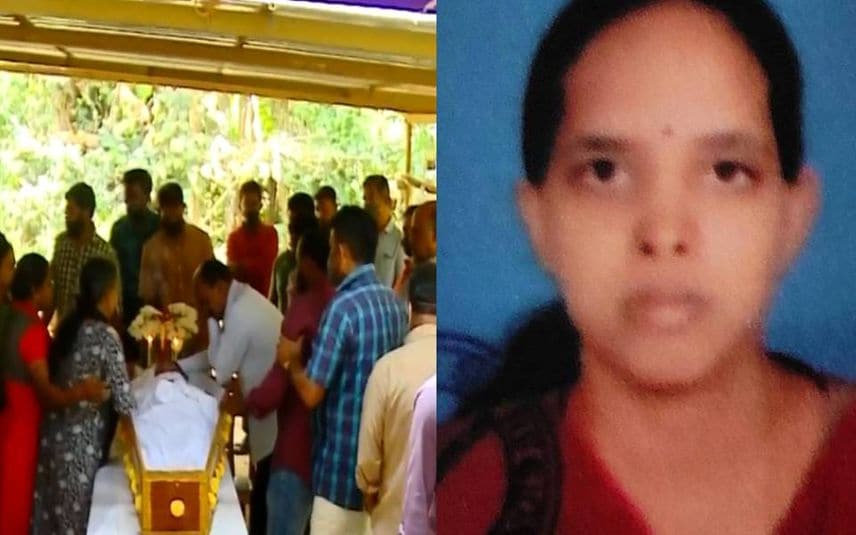 Funeral of the deceased- Deceased Sindhu

Mananthavady: Allegations on bribery at Sub-Regional Transport Office (RTO) here, that spiralled after the suicide of differently-abled senior clerk Sindhu, have now evoked a departmental probe. Wayanad RTO who confirmed that deceased staffer visited him over a bribery issue, now has called up Joint RTO of Mananthavady who refuted the allegations.

Notably, hours after the Sindhu was found dead at her house, the deceased’s brother had come up with allegations against her colleagues. His revelations grabbed attention as police were clueless about the motive behind the suicide. According to Sindhu’s brother Noble, she faced alienation from colleagues for not cooperating with bribery happening in the office. He alleged that Sindhu was mentally tortured by the officials in the office.

However, Joint Regional Transport Officer dismissed the allegations raised by the deceased’s brother. According to the official, the staff were giving special care to her as Sindhu was a differently-abled person. The official pointed out that Sindhu was a good employee and the reason behind the alleged suicide is unknown. The official maintained that bribery will not take place in the office as a centralised online platform is in place for file related matters.

But, according to Wayanad RTO, Sindhu had visited him to complain over bribery in the office. He, however, pointed out that she did not give a written complaint about the matter. The visit happened three days before Sindhu’s suicide.