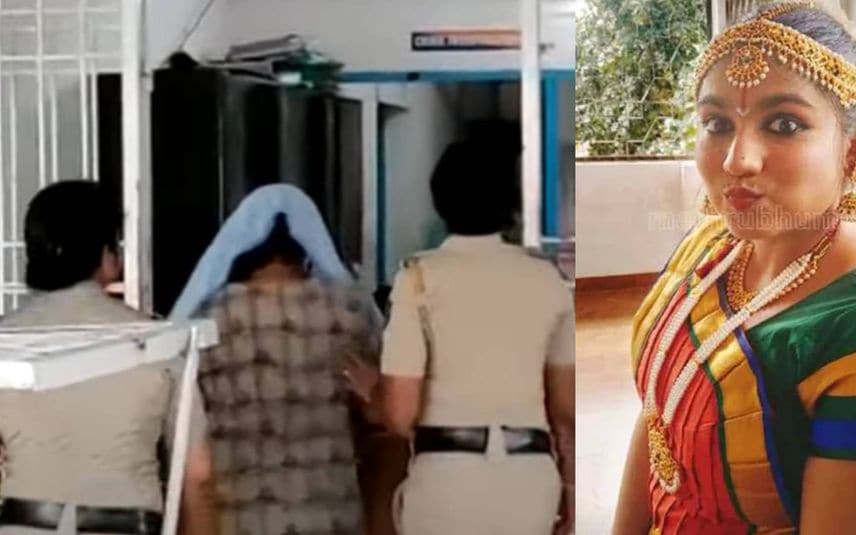 Thiruvananthapuram: Two women police officers were suspended from the service for 'failure of duty' while surveilling Greeshma SS, the accused in the Sharon Raj murder case, at the Nedumangad police station.

Greeshma had allegedly attempted to kill herself in the restroom by drinking a disinfectant on Monday morning. She was taken to hospital and is now doing well. Police recorded her arrest in the murder case from the hospital.

Thiruvananthapuram Rural SP D Silpa suspended CPOs Gayathri and Suma who were in-charge of the security of the accused at the station when the incident happened. They took her to the toilet outside the station instead of the one dedicated to the detainees. Besides, they did not inspect the toilet before letting her in.

Greeshma under arrest for allegedly poisoning ...