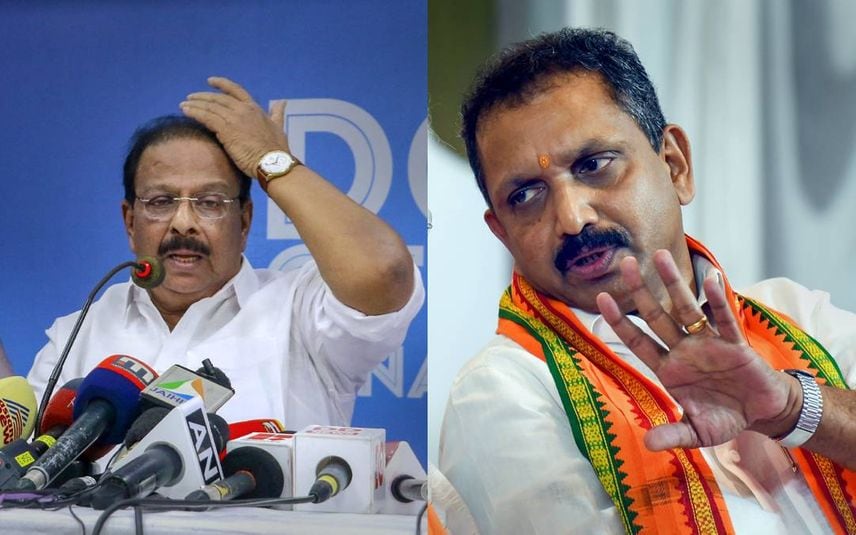 Kozhikode: BJP state secretary K Surendran opined that KPCC president’s RSS favourable statement reflects the instincts of the Congress activists in Kerala. Congress workers will eventually end up in BJP without any invitation, as they have no other option, said Surendran.

Majority of the Congress workers have an opinion similar to Sudhakaran’s comment. However, some of them have confidential discussions over it, while people like K Sudhakaran reveal it in public, added Surendran.

Surendran said that most of the Congress activists will join BJP if they get a chance and added that he has no intention to mention anyone by name.

Sudhakaran on Monday said India's first Prime Minister Jawaharlal Nehru was a great leader who had shown his "magnanimity" to include RSS leader Shyama Prasad Mukherjee in his Cabinet, drawing sharp criticism from key Congress partner Muslim League (IUML) and the ruling CPM.