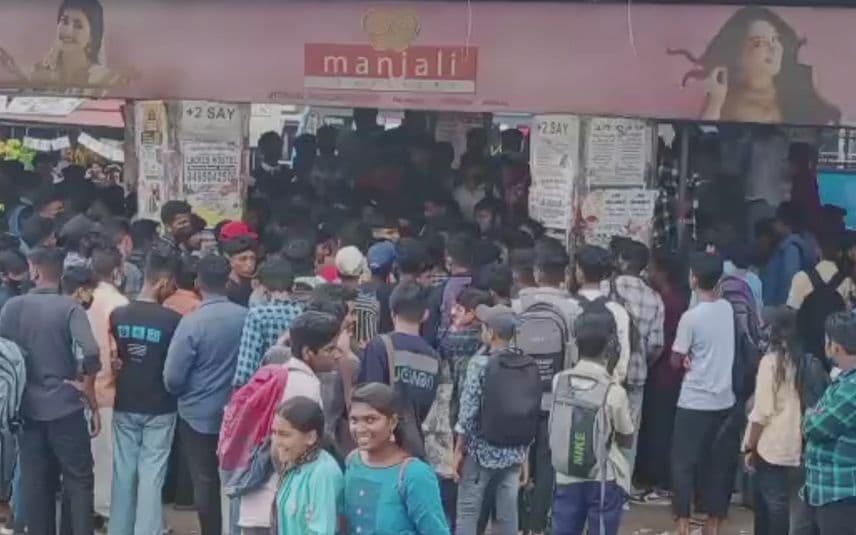 Attingal: A group of students from various schools were engaged in a violent clash at the private bus stand in Attingal. The visuals of the incident that happened on Monday evening surfaced on social media.

Rampant street fights among school students have become a usual sight in this region. A similar brawl broke out between a group of students amid Onam celebrations at the Muncipal bus stand this year.

As soon as the students saw the police, they fled from the spot. Such recurring fights have emerged as a headache for other passengers and bus employees.