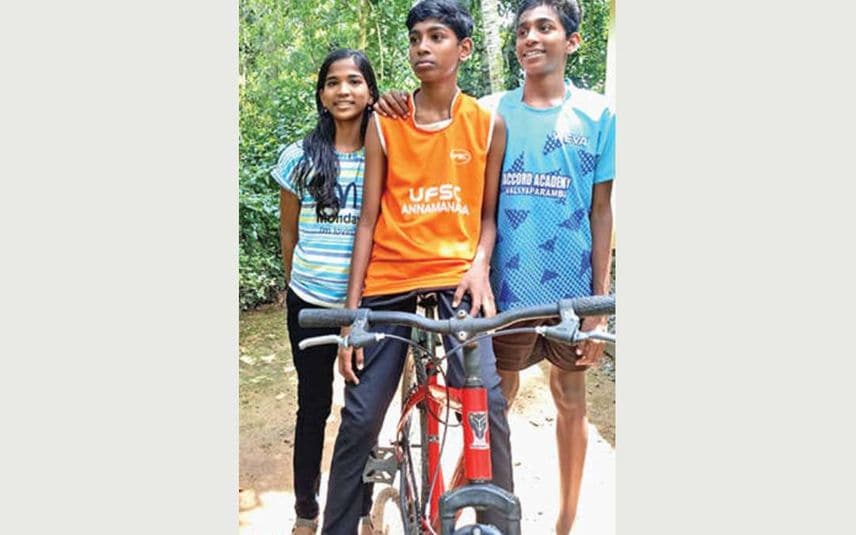 Annamanada: A plus one student pulled off some detective skills to find his stolen bicycle in Thrissur. Sudev, a student of Pallissery School, positively identified his bicycle after spending hours examining bicycles that passed through the road in front of his house.

He was assisted by his brothers, Suryadev and Sredhev, in finding his bicycle. The brothers first noticed a youngster pedalling a similar cycle through a road near Annamanada. However, Sudev was unsure whether it belonged to him due to changes in appearance. They confronted the youth and identified it as the stolen cycle after Sudev went for a spin on it.

The brothers learned that the youth bought the cycle from a second-hand shop. The owner of the shop told them that the bicycle was sold to him by an unidentified man. Later, they sought the help of their neighbour and Special Branch ASI Murukesh Kadavath. He helped the children to get the bicycle back without breaking any more sweat.