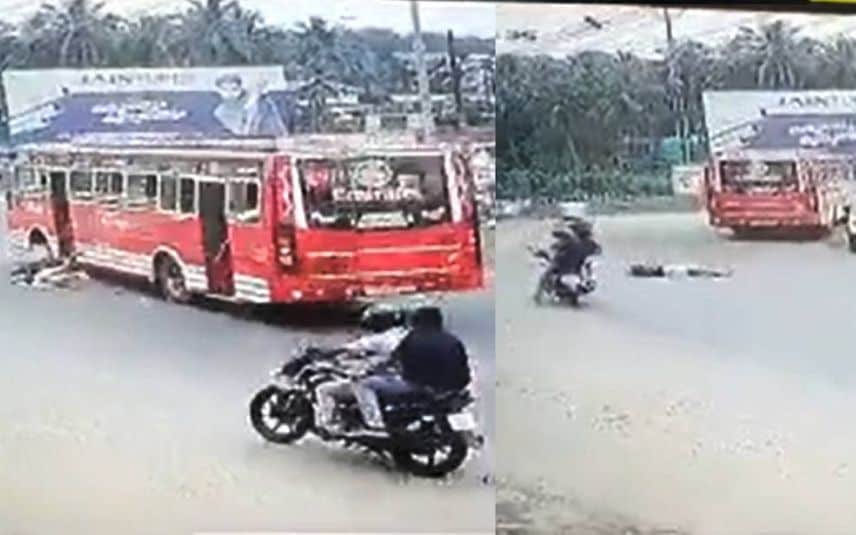 Visuals of the mishap

Palakkad: In a shocking incident, a student fell off a private bus speeding through a road curve near Kunthipuzha bridge in Palakkad’s Mannarkkad. The girl student from Ariyoor suffered injuries and was rushed to the hospital.

The visuals of the incident have gone viral on social media. It shows that the bus was speeding in the curve leaving both front and back doors opened contrary to the law which says doors should be closed. The visuals clearly depicted the girl falling off the front door of the bus

A tragedy was averted only because the vehicles on the road were in distant places. In spite of the incident, the bus was able to stop only after covering some distance as it was at high speed.