A yellow alert has been sounded in Kottayam, Ernakulam, Idukki, Thrissur, Malappuram, Kozhikode, and Kannur on Wednesday. 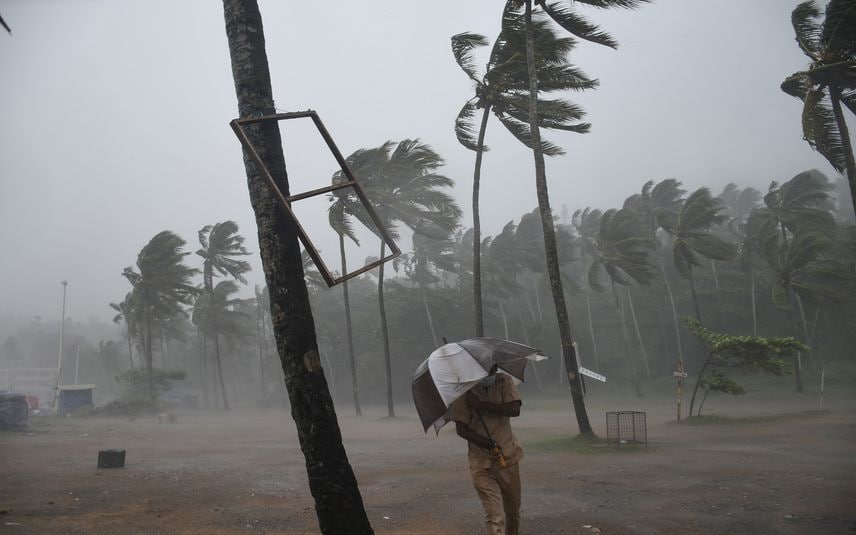 Thiruvananthapuram: India Meteorological Department (IMD) has sounded an alert for heavy rainfall in Kerala till June 11. The yellow alert was sounded in districts with the possibility of isolated strong rains. The rains are expected to be accompanied by lightning and thunder.

South West Monsoon on Tuesday further advanced over more parts of Puducherry, Karaikal, Tamil Nadu, the southwest and the west-central Bay of Bengal.

The South-West monsoon onset over Kerala had happened on May 29 amid heavy rainfall but soon after, however, just after two days, the rainfall slowed down along with the speed with which the monsoon progressed further.

This year, the SW Monsoon has covered Kerala, approximately 75 per cent of Tamil Nadu and about half of Karnataka. On the eastern side, it has covered the entire northeast, which, the IMD said, is progressing at a normal pace.

As per data from the IMD, even when the SW monsoon has entirely covered Kerala, the rainfall from June 1 till now shows a departure of negative 48 per cent as the rainfall totalled to just 62.8 mm as against the normal of 120.6 mm.