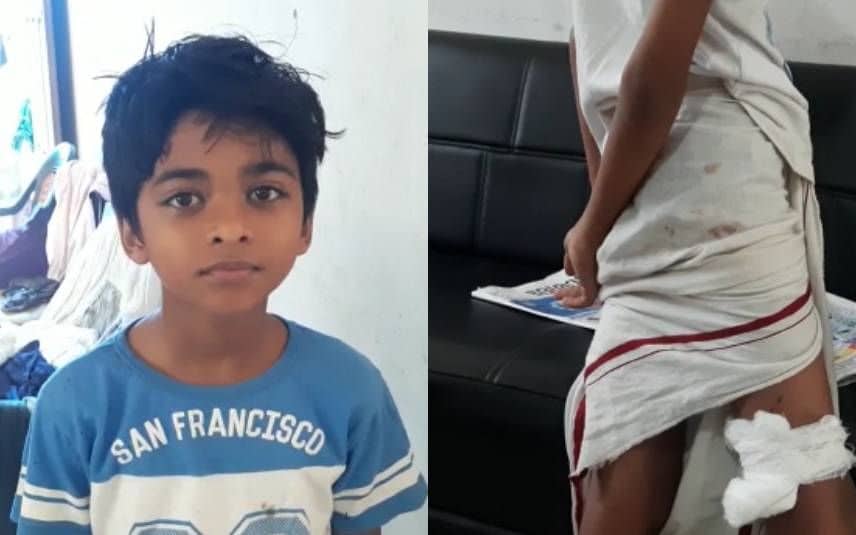 Thiruvananthapuram: A pack of stray dogs mauled a 10-year-old boy, who deboarded the school bus in a desolated location. Nadir Najeeb, son of Najeeb and Sabeen Beevi, residing near Technocity in Pallipuram was attacked by the dogs.

Nadir is the fifth standard student of Govt UP School in Pothencode. The incident happened when he was waiting for his parents to pick him after the school bus left around 4.30 pm on Friday.

The boy was standing at CRPF road in Mangalapuram-Karamoodu route, when the dogs attacked. The parents who arrived there shooed away the dogs and rescued the boy. After sustaining severe injuries on the thighs, Nadir was rushed to the General hospital in Thiruvananthapuram and later shifted to Govt Medical College here.

Nadir’s mother claimed that the child was dropped in a deserted place near Technocity, instead of leaving him near the house.