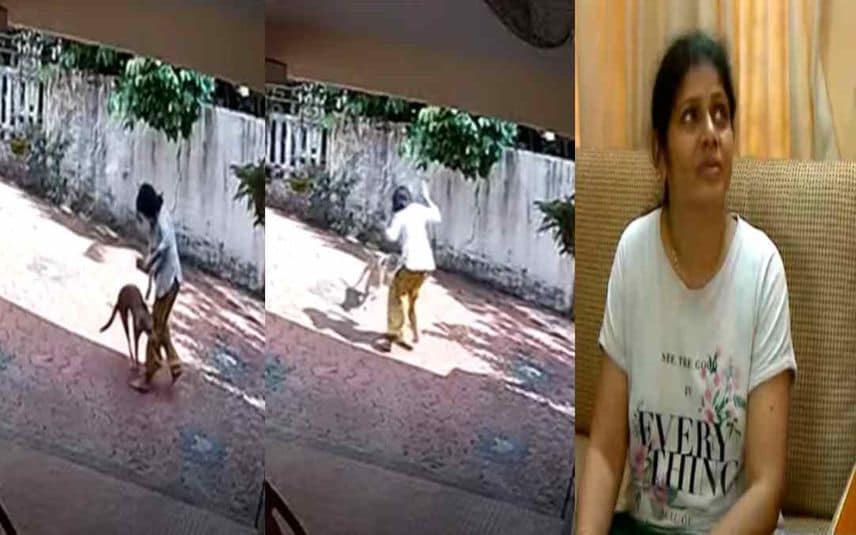 Visuals of the dog attack / Photo: Screengrab of Mathrubhumi News

The incident happened around 3:30 PM at Velloor junction. A stray dog attacked pedestrians and householders who were on their house premises and fled the scene.

Later, the dog was found dead. The body of the dog has been taken to Thiruvalla for rabies test.

Meanwhile, one of the incident that happened in the locality was captured on CCTV camera. The purported visual shows the woman of a house being attacked. The dog approached the woman when she was closing the gate of the house. The woman tried her best to counter the attack but suffered minor injuries.