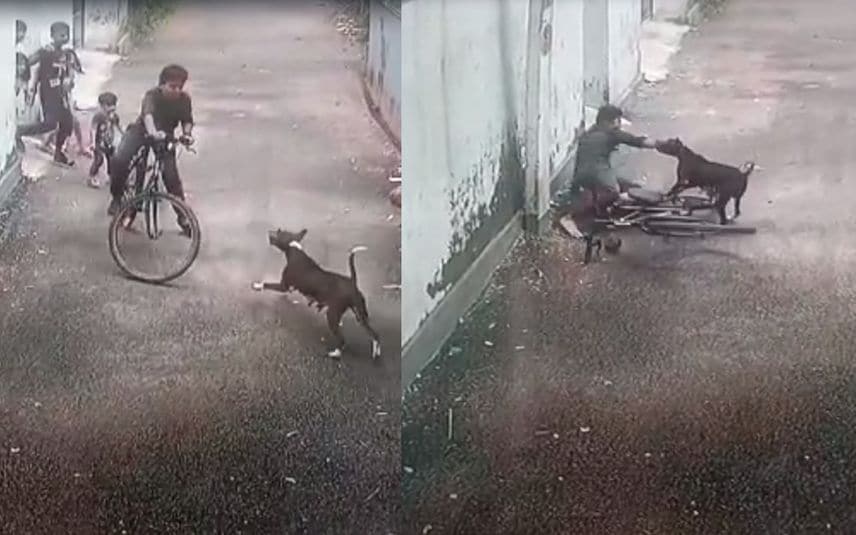 Kozhikode: The visuals of a stray dog attacking a boy at Arakkinar here surfaced. The dog leapt on the boy named Nooras, who was riding a bicycle and bit him on his hand.

Nooras had just entered a lane from the house on a bicycle when the dog attacked him. Four persons, including three children, were attacked by the same dog near Beypore on Sunday around 3 pm.

At least 6 persons were attacked by stray dogs in Kerala on Sunday.

Govt to start wellness centers in selected hospitals within 2 months