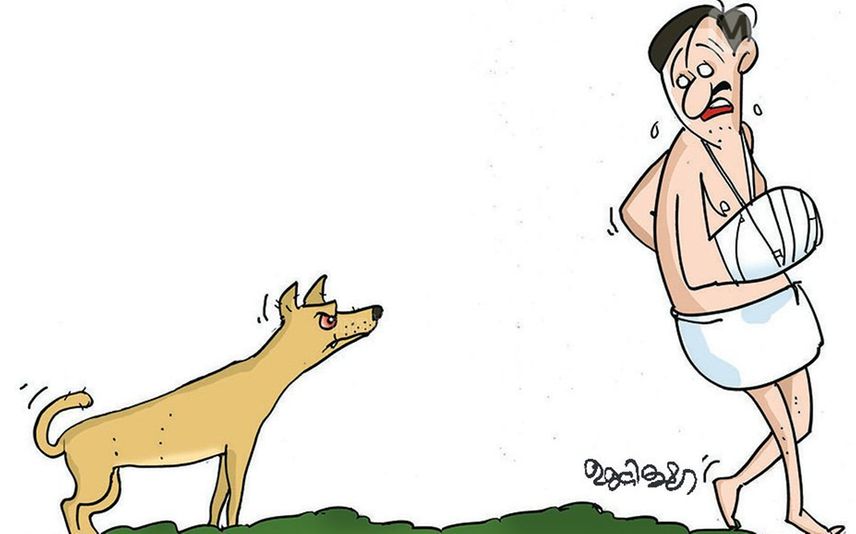 Kottayam: A stray dog unleashed terror at Thalayolaparambu in this Kerala district on Thursday with at least seven people suffering bites.

According to local residents, the animal, which was suspected to have been infected with rabies, attacked people in the market area.

Some of them suffered bite on their face while there were others who had injuries on hands, legs and stomach, they said.

The injured people later sought treatment at nearby hospitals.

The dog, which was on a biting spree, later died after being hit by a vehicle when some people tried to chase it away, they added. PTI