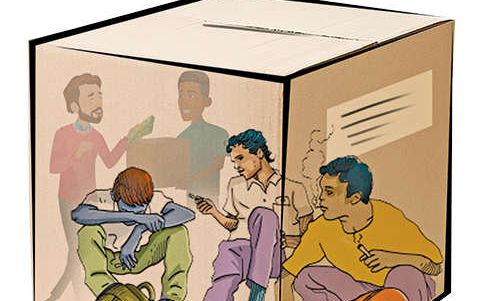 Kochi: Kerala is witnessing a rampant increase in drugs being smuggled into the state using couriers. The authorities are unable to track these couriers as the drug peddlers use fake addresses while delivery. The drugs are ordered through illegal apps.

Once ordered, the drugs, including ganja and MDMA, will be sent from states like Delhi and Haryana to secret courier centres. The customer receives them at these centres. A number of such centres are functioning in different parts of the state.

The couriers are hard to identify as they were often duped as natural remedies or herbs. The drugs are hid inside small containers in a powder form. The apps also provides discount to buyers who come back to buy more.

Meanwhile, the authorities said that drugs like MDMA and LCD are brought to Kerala from Nertherlands. The courier services are active in Ernakulam, Thrissur, Kozhikode and Kasaragod districts.

The couriers are brought to Kerala through a foreign post office in Kochi. It is hard to identify them as the package will be in the form of wedding presents. The smuggling came to light after customs grew suspicious and examined the packages.