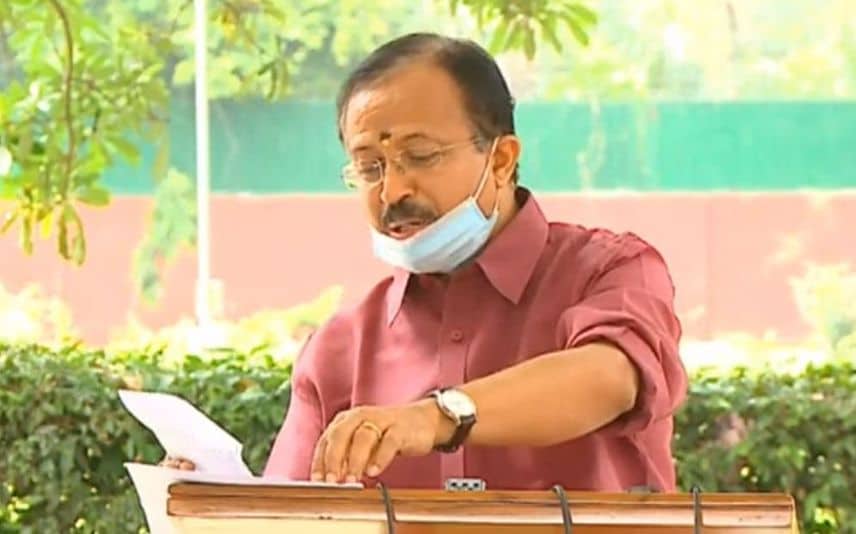 Thiruvananthapuram: The Centre has informed Kerala that state specific protocols, as demanded by it, for bringing back expatriates from overseas cannot be implemented since it cannot interfere with procedures in foreign countries, Union Minister V Muraleedharan has said.

The Minister of State for External Affairs was referring to the demand made Kerala earlier that the Centre provide testing facilities through Indian embassies for expatriates returning home from foreign countries as part of the Vande Bharat Mission (VBM) for people stranded overseas due to COVID-19 pandemic.

"The VBM flights carrying expats to India will follow the same Standard Operating Protocol (SOP) and state specific protocol cannot be implemented. The ministry has informed the state government," he told the media here on Thursday.

According to the SOP, any expatriate coming from abroad will undergo all tests that were being conducted in those
countries in accordance with the norms applicable there, the Rajya Sabha MP from Maharashtra said.

"Rest of the guidelines and restrictions suggested by Kerala is impractical for the external affairs ministry and we
have informed the same to the state," he said.

The Kerala government had earlier made pre-flight COVID-19 testing mandatory for those travelling from abroad to avoid chances of co-passengers getting infected from the positive patient, a decision which drew flak from the opposition Congress led UDF.

However, taking into view non-availability of facilities in certain nations, it had relaxed the condition and issued fresh guidelines on Wednesday, saying those who did not have negative certificate will have to undergo rapid antibody test on arrival in the state from Thursday.

The guidelines also said the passengers should wear an N- 95 mask, face shield and gloves among other measures. It also said passengers from certain countries, where there are no testing facilities, must wear personal protective equipment (PPE) while flying into the state.

Hailing these measures, the Ministry of External Affairs on Thursday appreciated the state government for its "pragmatic approach" in trying to contain the spread of the virus.

Muraleedharan said the Centre wanted to bring back all those who wish to return and the guidelines will remain common for all the states.

He said Kerala was informed that Centre was unable to interfere in the health protocol of other countries. The Union Minister claimed the state was conducting less number of COVID-19 tests.

While the Congress had questioned the LDF government's earlier stand of insisting on COVID-19 negative certificate, the state unit of the BJP had sought to know how PPE kits will be made available to the passengers. The government has earlier said it was ready to provide the kits and testing materials, if required and made it clear that it was not against COVID-19 positive patients returning to the state.

Such people should be brought in a seperate flight so that they don't pose risk to other passengers and also to prevent further outbreak in the state, it had said.

Kerala, which had early last month claimed to have flattened the curve, has been recording fresh cases on a regular basis since non-resident Keralites started returning with the easing of lockdown restrictions.

On Thursday, it reported over 100 COVID-19 cases for the seventh consecutive day, taking the total number of infections in the state to 3,726. PTI