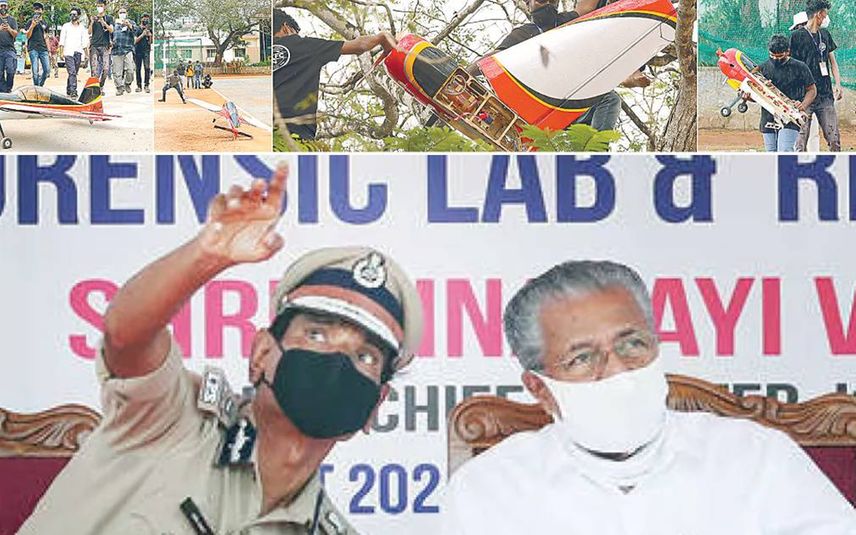 Thiruvananthapuram: The Kerala police have come up with the country’s first Drone Forensic Laboratory and it was officially inaugurated on Friday by Chief Minister Pinarayi Vijayan.

Stealing the sheen of the show, a small aeroplane landed on a tree soon after taking off. Concerned officials stated that the drone was deliberately landed on the tree after running out of fuel. The pictures and videos of the incident was widely circulated on the social media.

The Drone Forensic Laboratory was opened with an intention to curb malpractices using drones and make use of drones in police investigation. Based on the studies and examinations conducted, the lab will be able to analyse the memory, hardware, software and traveling path of drone etc.