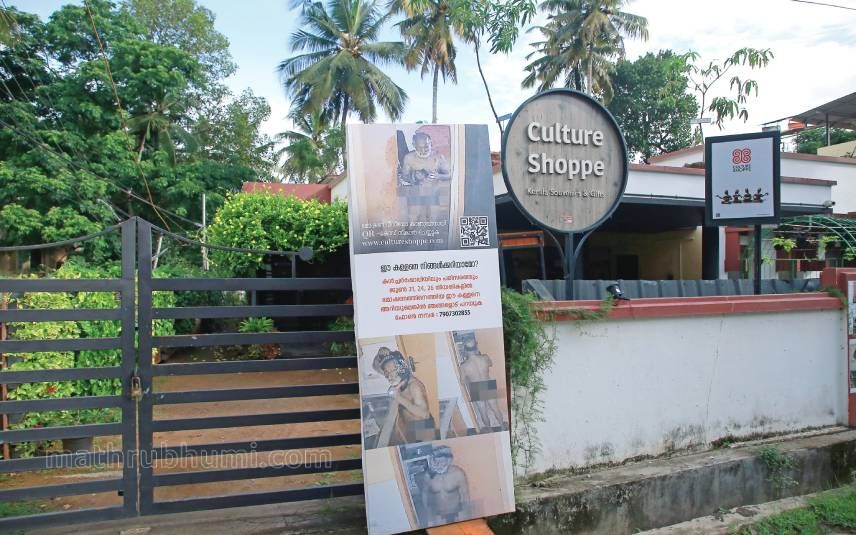 Flex board showing the thief installed before the store | Photo: Mathrubhumi

Thiruvananthapuram: The owners of Culture Shoppe, a place that sells handcrafted products, placed a flex board showing the CCTV visuals of the naked thief who stole from the shop. They have also printed a QR code to watch the video of the thief who broke into the store at the break of dawn and stole a bunch of things.

The thief has not been identified yet. The move was to intimidate the thief and get him to surrender himself, said the owners of the store Ranjith and Santhosh.

The thief arrived on the dates of June 24, 25, and 26 wearing nothing but underwear and a head cloth. On the first day, he arrived at the store stark naked, observed the place and turned away the CCTV cameras in the area. On the second day, he removed the window bars and left.

On the third day, June 26, the thief looted the store and ended up taking away the inverter and the UPS from there. He did not bother stealing any of the well-priced handicraft products. The thief took off his head cloth while sneezing and that is how his face was caught properly in the CCTV cameras.

A complaint was filed with the Museum police the next day, but the thief has not been caught yet.