Tamil Nadu Chief Minister M.K. Stalin has written a letter to his counterpart Kerala Chief Minister Pinarayi Vijayan urging him to direct the Kerala irrigation officials to maintain the water level at Siruvani dam at its full capacity. 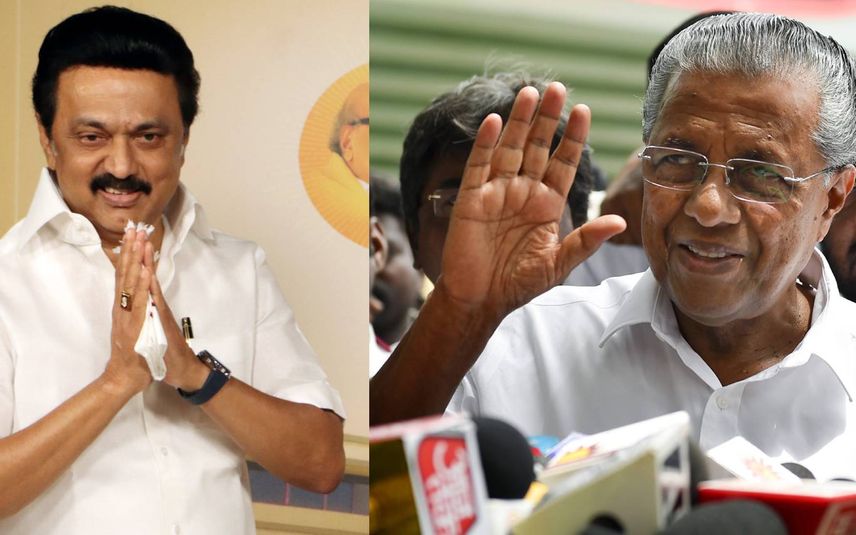 Chennai: Tamil Nadu Chief Minister M.K. Stalin has written a letter to his counterpart Kerala Chief Minister Pinarayi Vijayan urging him to direct the Kerala irrigation officials to maintain the water level at Siruvani dam at its full capacity.

Stalin in the letter written on Tuesday said that this was to ensure regular supply of water to Coimbatore corporation and surrounding areas.

The Tamil Nadu Chief Minister in the letter alleged that the Kerala irrigation department has been maintaining the level in the dam at 877 m, instead of its full capacity of 878.50m despite heavy rains in the past three years. Stalin said that this was affecting the regular supply of water to Coimbatore corporation and was creating drinking water problems in Coimbatore and surrounding areas.

He said that by lowering the level of storage by 1.5m , only 85 MLD of water could be supplied instead of 101.40 MLD. Stalin said that despite repeated requests from Tamil Nadu officials, Kerala irrigation department officials have not taken steps to maintain the level of the Siruvani dam in its full capacity.

Stalin said that Kerala and Tamil Nadu had entered into an agreement in 1973 to supply 1.30 tmc annually (from July 1 to June 30th) to Coimbatore for 99 years from Siruvani dam.

In a related development, Tamil Nadu water resources minister and senior leader of DMK, S. Duraimurugan said that the state will take legal steps to protect the interests of Tamil Nadu in the Mullaperiyar dam issue. He also took exception to the Central Water Commission's recent statement regarding a new examination on the security of the dam. The veteran leader in a statement on Wednesday said that the Tamil Nadu government will file a response to the Central Water Commission by February 4 and will put forth its arguments before the Supreme Court.

The Tamil Nadu Water resources minister also said that the Supreme court and other agencies of the central government had earlier reiterated that the Mullaperiyar dam was strong and its security was intact.