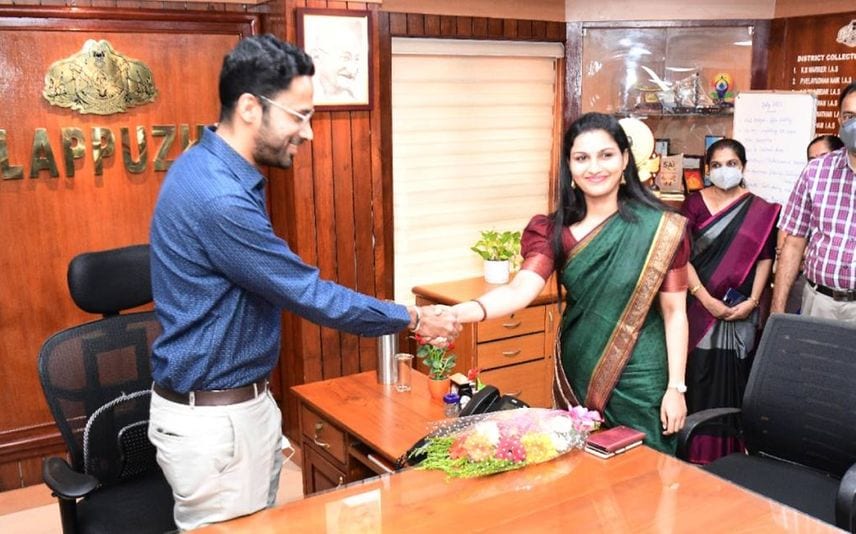 Alappuzha: Sriram Venkitaraman IAS, who is the key accused in the death of journalist KM Basheer, assumed office of Alappuzha district collector. He took charge from his wife and former collector Renu Raj on Tuesday. Renu Raj has been appointed as Ernakulam district collector.

Massive protests have been raised against the appointment of Sriram, who was director of health department in the state. Youth Congress activists waved black flags against Sriram when he arrived at the Alappuzha collectorate today.

“I have been studying about Alappuzha. I will handle everything only after analysing the required interventions in each realm. I will refrain from jumping into issues. It is the first time I am taking charge as collector,” said Sriram Venkitaraman.

In view of the increasing protests against Sriram, the comment box of the official Facebook page of the Alappuzha district collector has been disabled. Meanwhile, the public is free to comment on posts of all other district collectors in the state.