Nambiar discovered a gem in Usha, who turned out to be the greatest athlete the country has ever produced. 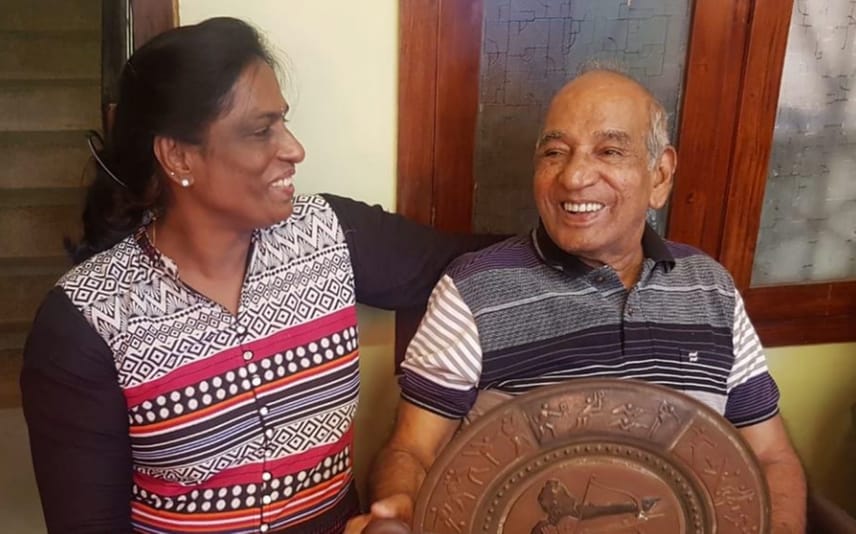 Legendary athlete PT Usha paid tributes to her coach OM Nambiar who died on Thursday. She was the first one to pay homage to the coach who trained and guided her to international glory.

Usha said Nambiar, who was battling the Parkinson's disease, had a heart attack 10 days ago.

She termed it a huge personal loss.

"It's a huge loss for me. He was a father figure to me and my achievements would not have been there if he was not there. I met him only last week after Neeraj (Chopra) won gold in Olympics. He could understand what I was telling him but he could not speak," Usha told PTI.

Nambiar, an athlete who could not make it big at the national and international circuit, took to coaching early in his life and discovered a gem in Usha, who turned out to be the greatest athlete the country has ever produced.

“The passing of my guru, my coach, my guiding light is going to leave a void that can never be filled. Words cannot express his contribution to my life. Anguished by the grief. Will miss you OM Nambiar sir. RIP,” tweeted PT Usha.

She also shared some pics recollecting the best moments with her coach.

It was Nambiar, who advised Usha to take up 400m hurdles a few months before the 1984 Olympics as he thought she had a good chance of winning an Olympic medal. His vision and dream nearly came true as Usha missed a bronze medal by a whisker.

The Athletics Federation of India too paid rich tributes to Nambiar.