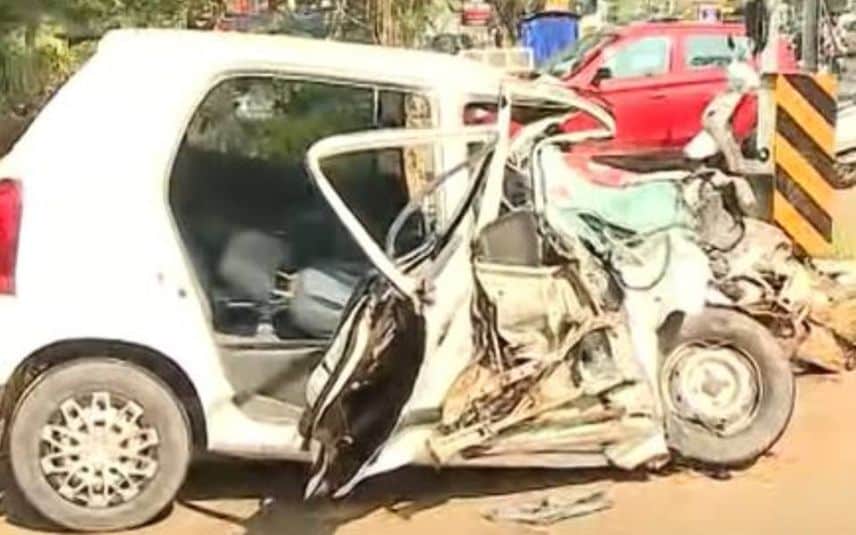 The car that met with the accident in Alappuzha | Photo: Mathrubhumi News

Alappuzha: The CCTV visuals of the car-truck accident on the national highway in Alappuzha which led to the death of five people have surfaced. As per the footage, the speeding car rammed into a rice laden truck en route Andhra Pradesh.

The deceased are Prasad, Shijin Das, Sachin and Sumod, natives of Perumkadvila in Thiruvananthapuram, and Amal, native of Kollam.

“The deceased are temporary employees of the canteen in Indian Space Research Organisation (ISRO),” said the police. Four passengers died on the spot, whereas the other succumbed to injuries at the hospital.

Although police rushed to the scene soon after the accident, they could not get the passengers out of the car. Later, the car was cut open by fireforce officials.

“They (passengers) were on their way to a friend’s marriage,” said the victims’ relatives.