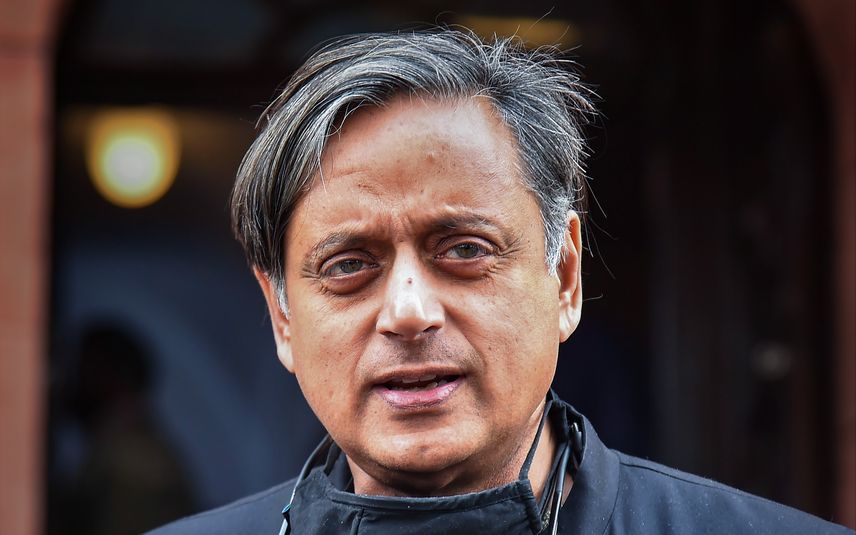 Sonia Gandhi, after considering the opinion of the MPs from the state, told the leaders to obey the Kerala Pradesh Congress Committee on the matter.

Earlier, KPCC had barred Tharoor and Thomas from attending the seminar, while the Thiruvananthapuram MP 'clarified' that the topic was 'centre-state relations' and not anything related to state politics. However, the state leaders asserted that Tharoor and Thomas shall not attend it.

Earlier, Tharoor had invoked displeasure of KPCC president K Sudhakaran by not signing a letter of UDF MPs against the SilveLine semi high-speed rail project.

"They had invited me and I accepted. This time they have invited me to take part in a seminar as part of its Party Congress. There is nothing wrong in engaging with political dialogues. And the topic of the seminar is not K-Rail or anything related to Kerala," Tharoor said.

Sudhakaran, while warning strict action against Tharoor, had said that he can go with the permission of the central leadership. The MP then approached Sonia Gandhi. "The people do not like Congress leaders participating in the programme organised by the CPM. The Congress party members despise, loathe such leaders who associate with (Chief Minister) Pinarayi Vijayan, who is moving forward with the K-Rail project. If he (Tharoor) wants to participate, he can. It's his wish. He can take the permission of Sonia Gandhi and do accordingly," Sudhakaran said.

Meanwhile, CPM state secretary Kodiyeri Balakrishnan has said the Left party had invited Congress leaders for various seminars but they were barred by that party's leadership.

"But they don't have any issues in joining hands with the BJP to protest against the state government," Balakrishnan has told the media, referring to the opposition parties opposing the SilverLine project.

He said the Congress was taking stands favouring the BJP.

"It is the BJP's direction not to participate in the CPM programmes. If they (Congress leaders) are ready to participate, we will welcome them. If they are not, then the political pauperism of the Congress party will be evident to the people of the state," Balakrishnan said.

The 23rd Party Congress of CPM is scheduled to be held in Kannur from April 6-10.

Cong prez Poll: You will see the support I enjoy when I submit my nomination paper, says Tharoor