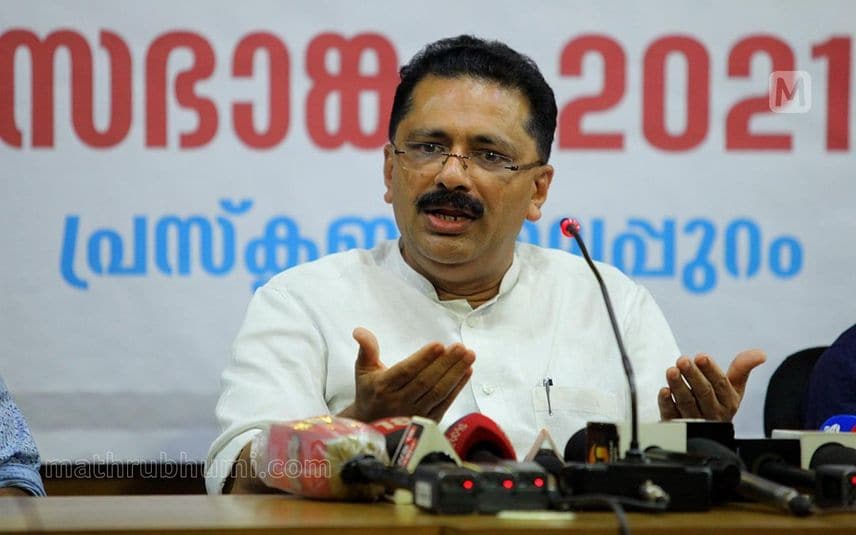 Thiruvananthapuram: Former Kerala minister and LDF MLA K T Jaleel on Wednesday said that some persons are out to brand him as a traitor and hang him for his recent controversial remarks on Jammu and Kashmir and Pakistan Occupied Kashmir (PoK) despite him withdrawing the same.

Jaleel was reacting to one of the Congress-led UDF opposition member's comments in the state assembly regarding his recent "Azad Kashmir" remark in a Facebook post.

"On the basis of the Facebook post, some are out to brand me as a traitor and hang me. Some others have booked tickets to Pakistan for me. What is even more unfortunate is that some members of the House are also expressing similar views," Jaleel said after UDF MLA T V Ibrahim referred to his social media post and made some comments regarding the same.

The outburst from Jaleel came during the discussions on the University Laws (Amendment) Bill in the assembly.

Jaleel also referred to a Kerala High Court lawyer's Facebook post on this issue and said that it refers to a book -- The Kashmir Dispute: 1947 to 2012 -- by A G Noorani wherein the term "Azad Kashmir" has been used by late prime minister Jawaharlal Nehru.

According to the LDF MLA, the Facebook post of the lawyer also refers to other publications where the term has been used by prominent persons.

"In present India, it does not matter what is said. Who said it is what matters.

"This is evident from the fact that despite withdrawing my post, to prevent any communal disharmony in the state or country, vested interests are not willing to leave me alone," Jaleel added.

Meanwhile, a case has been registered against him on the directions of a Kerala court for his controversial post.

He has been booked for offences under Indian Penal Code Section 153(A)(promoting enmity between different groups on grounds of religion, race, place of birth, residence, language, etc., and doing acts prejudicial to maintenance of harmony) and the Prevention of Insults to National Honour Act, 1971.

In his Facebook post during his visit to the valley on August 12, the MLA had said, "The part of Kashmir annexed to Pakistan was known as 'Azad Kashmir' and it was an area where the Pakistan government does not have direct control."

Jaleel, who was a minister in the previous CPI(M)-led LDF government, had said "Indian adheena Jammu and Kashmir (India-Occupied Jammu and Kashmir) consists of parts of Jammu, Kashmir Valley and Ladakh." He later withdrew his controversial Facebook post.

Several people, especially BJP leaders, had come out against his post. PTI