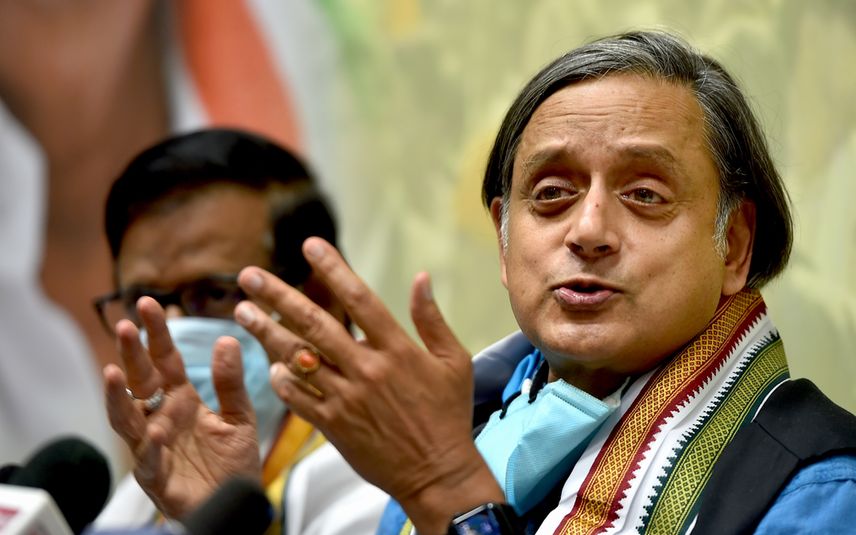 New Delhi: Congress presidential candidate Shashi Tharoor on Thursday lamented that some leaders had openly come out in support of his poll opponent Mallikarjun Kharge and even summoned meetings in his favour, saying it disturbed the level-playing field.

The Thiruvananthapuram MP also said several PCC chiefs and senior leaders were not available for a meeting with him during his visits to their respective states, but they warmed up to Kharge when he visited them for support.

Seeking votes from delegates at the Delhi Pradesh Congress Committee (DPCC) office here, Tharoor said he wanted to bring a "change" in the organisation.

He also said aimed to "bring back" the voters who did not support the Congress in the 2014 and the 2019 Lok Sabha polls.

Tharoor further rued that he could not meet some delegates as their contact details were "missing" from the list that was provided to him.

"There were incomplete contact details in the list of delegates that we received. Some lists had names but no contact numbers, some had names but no proper address. Hence, it was difficult to reach out to them," Tharoor claimed.

He said he doesn't "blame anyone" for the "incomplete" lists and that there are "flaws" in the party's system as no such election was held in 22 years.

"There are flaws in the system and we all know that. The problem is that the party's presidential elections didn't happen since the last 22 years," he said.

Tharoor, however, maintained that the presidential election will be held in a "free and fair" manner and that there is no enmity with Kharge.

"This elections is about two Congress members focusing to strengthen the party," he said.

Kharge is being seen as a favourite for the top party post because of his perceived proximity to the Gandhi family.

But Tharoor has reiterated time and again that the Gandhis have made it clear that they will remain neutral.

The Congress presidential poll will take place on October 17 and the results will be out on October 19.