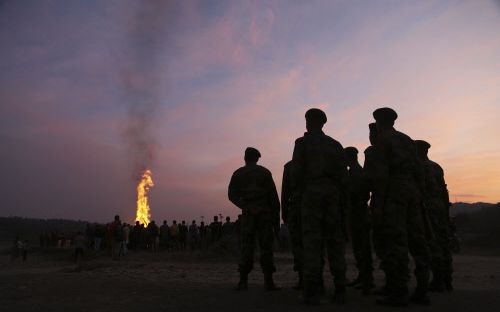 Alappuzha: A soldier of the general reserve engineering force (GREF) died in Uttarakhand recently and was cremated at his residence here with full military honours on Sunday.

B Biju died in an accident during road-laying work in Uttarakhand as part of the relief work there, said a statement from the Alappuzha district authorities.

His remains, brought to Kerala by air, arrived at Nedumbassery airport in Kochi at 9.15 AM today and were handed over to the Tahsildar of Chertala, said the statement. The body was initially kept at the Chettikulangara Government High School, where he had studied, for public viewing, it said. A large number of people paid their last respects, it added.