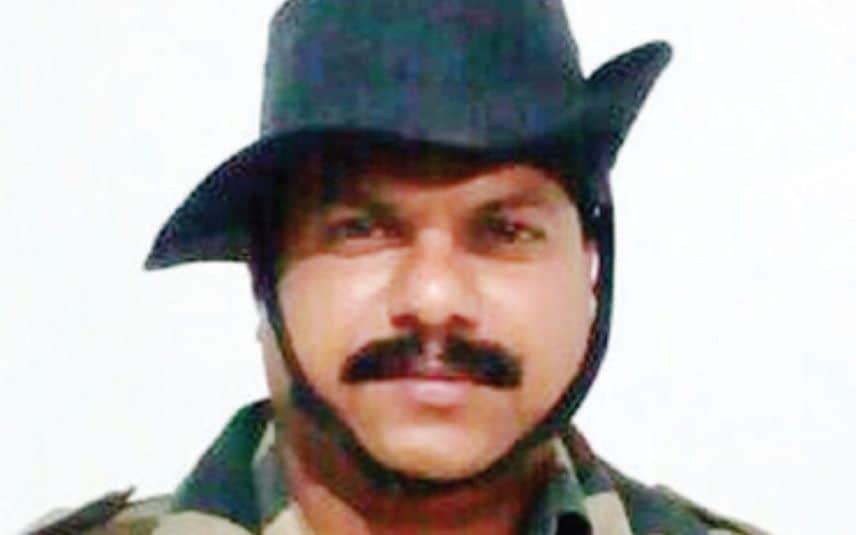 Cheruthoni: A Malayali BSF jawan was killed in a freak fire accident at a BSF camp on Jammu & Kashmir border on December 13. Aneesh Joseph (44) from Kochukamakshi in Kerala’s Idukki district was breathed his last when only a few weeks left for his retirement.

It is learnt that fire broke out after the kerosene-based heater which is used for maintaining the temperature at the tents burst out. Reportedly, the fire engulfed the tent and Aneesh who jumped to escape from it fell into a 15 feet deep gorge.

The military personnel from nearby tents rushed to rescue Aneesh, but he succumbed to his injuries before the rescue operation. According to the preliminary assumption, the cause of death was a severe head injury. The autopsy of the dead body was also completed. Further details regarding the death will be investigated at the military level.
Aneesh who entered military service at the age of 27, succumbed to the accident just weeks before his retirement. Since childhood, he was interested in sports. He was a kabaddi player too.
As Aneesh was ambitious about landing a military job, he was happy about serving the nation even in high-risk conditions. In the wake of retirement, Aneesh recently renovated his house. It was in October, he visited his family for the last time. During the holidays, he supervised the work of his house's first floor. However, destiny has played a cruel game with Aneesh and his family.
Aneesh’s wife Seena is a CRPF official in Gujarat. The couple has two children Elana Maria and Elona Maria.