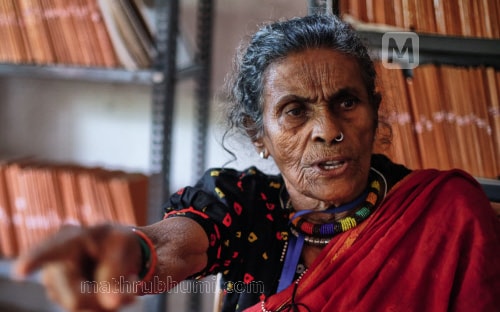 Thiruvananthapuram: Social activist Daya Bai, 81, continued her indefinite hunger strike for the fifth day on Thursday in support of the demand for setting up an AIIMS in Kasargod and taking adequate care of endosulfan victims.

The activist has been on a hunger strike since October 2 in front of the secretariat in the capital city of Kerala. She demanded that the Centre find a solution to the problems of bedridden endosulfan victims in the Kasargod district. "Daya Bai has also demanded that the government set up the proposed AIIMS in Kasaragod district," ANI has learned.

The police have taken Daya Bai to a local hospital on Tuesday after her health worsened but, she later resumed her agitation on Wednesday after being discharged from the hospital.

Daya Bai told ANI that the central government is giving the All India Institute of Medical Sciences (AIIMS) to every state and now they have asked Kerala about it. The state has to give the proposal where they want it. They (state government) has given Calicut as their first priority. Second is Ernakulam then Trivandrum, and Kottayam respectively. "Calicut already has two medical colleges and many super-specialty hospitals", she said.

She said Kasaragod was suitable for setting up an AIIMS. She said, "AIIMS needs at least 200 acres of land to be built. Calicut doesn't have enough land. These things are available in Kasaragod."

"Our main demand is put Kasaragod district on the list of proposed places for the AIIMS," Daya Bai told ANI.

"I back the argument for AIIMS to be built in the Kasaragod district because, during Bhopal Gas Tragedy, I have taken patients and rushed them to AIIMS. I know the type of research, the diagnosis AIIMS does and it treats properly."

"Another demand is that the present existing hospitals should all be turned to specialty," Daya Bai said.

Daya Bai also hit out at the Kerala government and said that the Communist government is responsible for the conditions of endosulfan victims.

The 81-year-old activist from Kerala told ANI that she was in Madhya Pradesh and came here on January 30, 2018 to attend a protest. "I could not imagine that this kind of situation would exist in Kerala," she said. (ANI)