Sobha Surendran also criticised that Tharoor might be unaware of the customs in India as he was in the UN for a long time. 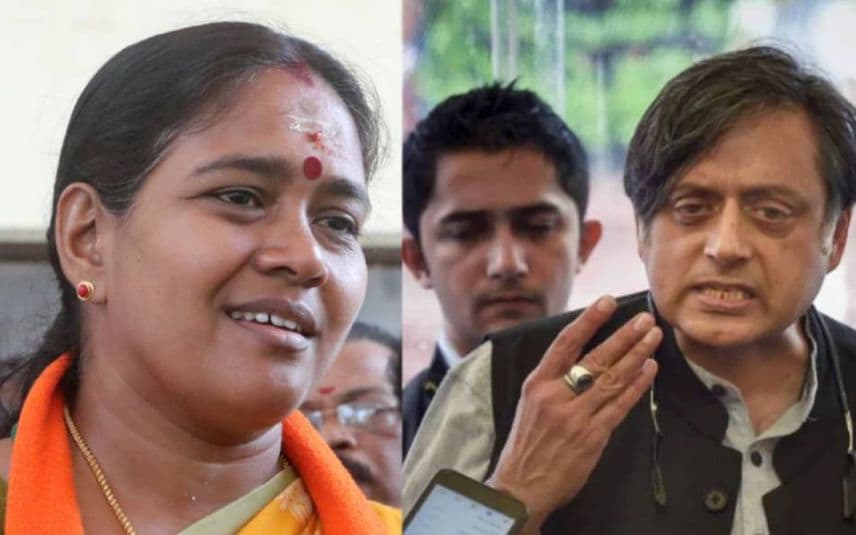 Thiruvananthapuram: A controversy erupted over the picture shared by Prime Minister Narendra Modi on the Armed Forces Flag Day, after Congress MP and former diplomat Shashi Tharoor commented on the same through his Twitter handle.

Tharoor had retweeted a picture of an army officer pinning a flag on the Prime Minister’s outfit on the Armed Forces Flag Day. He criticised the focus being shifted from the army to the PM by sharing his picture on the day.

“Why celebrate #ArmedForcesFlagDay w/a pic of the PM being felicitated? On their day at least, could the focus be on the real heroes of the Armed Forces?” Tharoor stated.

However, soon after Tharoor’s comment became the talk of the town, BJP leader Sobha Surendran came up with a Facebook post explaining the story behind the photo. Calling Tharoor a global citizen, Sobha said that he is coming up with a new issue after the row over naming the RGCB campus after Golwalker. She also criticised that Tharoor might be unaware of the customs in India as he was in the UN for a long time.