“BJP’s policy is such that it would accept even the Muslim League if they change their communal policy and accept the policies of Narendra Modi,” said Sobha Surendran. 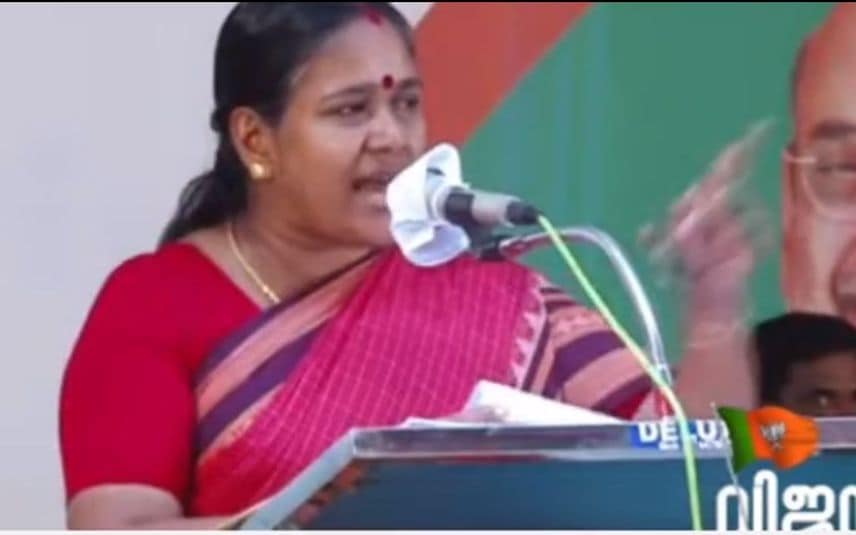 Earlier, Sobha Surenrdan welcoming Muslim League to NDA during an interview with Mathrubhumi had caused confusion in the BJP. Later, BJP state president K Surendran had rejected her statement.

However, Sobha Surendran once again invited Muslim League to NDA while addressing a gathering during the Vijaya Yathra led by K. Surendran on Saturday.

“This is the stance of a party that would lead the Kerala government in the future. BJP’s policy is such that it would accept even the Muslim League if they change their communal policy and accept the policies of Narendra Modi,” said Sobha Surendran.

BJP has ruled Jammu and Kashmir after joining hands with National Conference. Anyone who accepts nationalism would be accepted. BJP national president J. P. Nadda has clarified regarding NDA’s expansion policy, she said while addressing a gathering as part of Vijaya Yathra led by K. Surendran.

Even though K. Surendran rejected Sobha Surendran’s statements, Kummanam Rajasekharan supported her stance. The former Mizoram governor said that the BJP had not shut its door on Muslim League and that he wished NDA to have more allies.

Malappuram: Police arrested the fiance of ...

2 Malayali boys drown in a lake in Northern Ireland