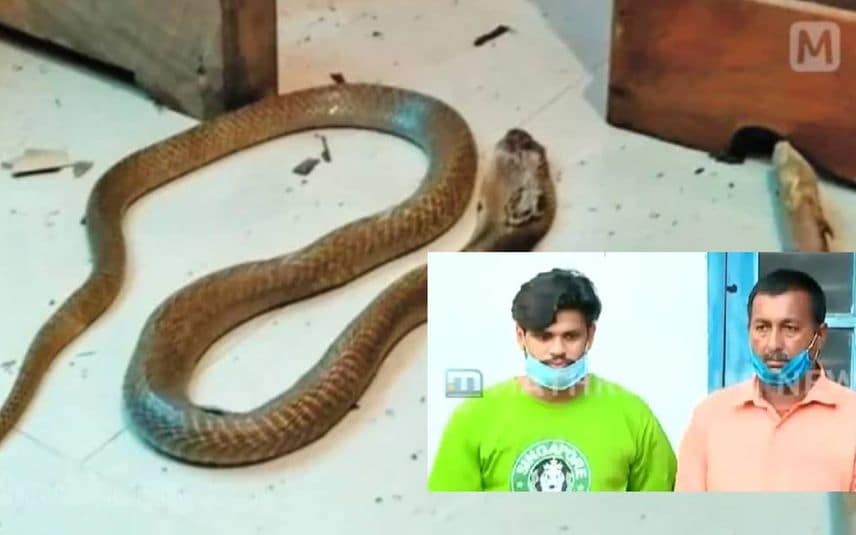 Kollam: In connection with the Uthra murder case, the additional sessions court here will pronounce the quantum of punishment for Suraj, Uthra’s husband who killed her by inducing snakebite. The statement of Chavarukavu native Suresh who gave the venomous snake to Suraj was crucial in the case. This helped to find that Suraj was guilty and proved how Suraj managed to plan the crime.

Suresh revealed in the court everything on how he met Suraj and the probe team could substantiate the charges against him. Suraj had revealed to Suresh that he cannot live with his wife who is mentally challenged which was why he decided to murder her.

Suresh was heartbroken after realizing that Suraj used the snakes bought from him to murder Uthra. Though he tried to contact Suraj after coming to know about the murder, he did not pick the call. Later, he called back from another number and informed of his wife’s death.

The female cobra bought from Suresh was used to induce bite on Uthra. Suraj remained silent when Suresh confronted him on why he used the innocent reptile for a brutal crime. He told Suresh to keep quiet about the incident so that others would assume the death to be a result of ‘Sarpadosham’, a superstition regarding snake’s vengeance.

Suraj reminded Suresh that he too would be imprisoned if he happened to get caught. With this, Suresh was mentally stressed. Though Suresh’s daughter told him to inform the police, he could not do it then, according to his statement.

Suraj called Suresh on February 12, 2020 for the first time. Later, they met in person at Chathannoor. As he requested to conduct an awareness class, he visited Suraj’s house in Adoor on February 26. Then, Suraj bought a viper from him for Rs 10,000. Suraj also smoothly handled a rat snake that was taken for training.