The additional session court here on Wednesday will pronounce the quantum of punishment for Suraj who murdered his wife Uthra using a cobra. 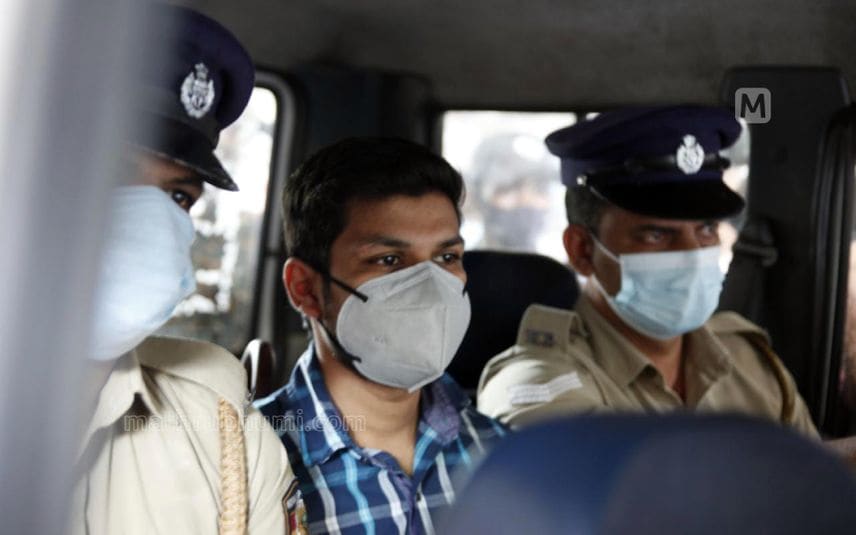 Kollam: The additional session court here on Wednesday will pronounce the quantum of punishment for Suraj who murdered his wife Uthra using a cobra.

The prosecution has sought the death sentence for Suraj and said that the crime was brutal and rarest of the rare.

The case which sent shockwaves across Kerala and triggered debate on crime against women is at a crucial turning point.

Reportedly, this is the first case in Kerala in which the accused tamed a snake to kill a person.

On May 7, 2020, Uthra was found dead due to snakebite at her house in Anchal. According to the police, Suraj, who married Uthra for financial gain, killed her in a planned murder. The charge sheet was filed on the 82nd day of Suraj's arrest.

The police conducted an experiment with a dummy of Uthra to collect evidence of snakebite, at the State Training Institute of the Forest Department. The police team submitted video footage of the experiment and documents to the court. The objective of the experiment was to scientifically prove that Suraj held the snake’s head to induce a bite as there is a chance that she will escape the snake’s natural bite.

Notably, in a natural bite, the distance between the fangs (long sharp tooth that secretes venom) will be 1.7 cm. If the bite is induced by holding the snake’s head, then the distance between the fangs may be 2.5 cm. Meanwhile, the two bites in Uthara’s body were 2.5 cm and 2.8 cm deep. From the dummy experiment, it was found that the accused induced bite in the victim.

The prosecution has batted that Suraj did not disclose what happened to Uthra, though he was in the room when the snake bit her and that was something crucial. Likewise, experts give statements that cobra is very less likely to enter by the window in the room and all other chances can be ruled out.

Initially, the parents of Suraj said their son was innocent. However, when he was arrested, they said he should be punished if guilty. Later, it came to light that Suraj’s parents and sisters also were involved in the crime and were aware.

The family was under suspicion after it was found that Suraj buried Uthra’s gold on the compound following her death. Suraj’s parents and sister are accused in the domestic violence case registered in connection with the murder.