After the gold smuggling case came to light, controversies erupted regarding the workshop owned by Sandeep Nair and the political leaders who visited there. 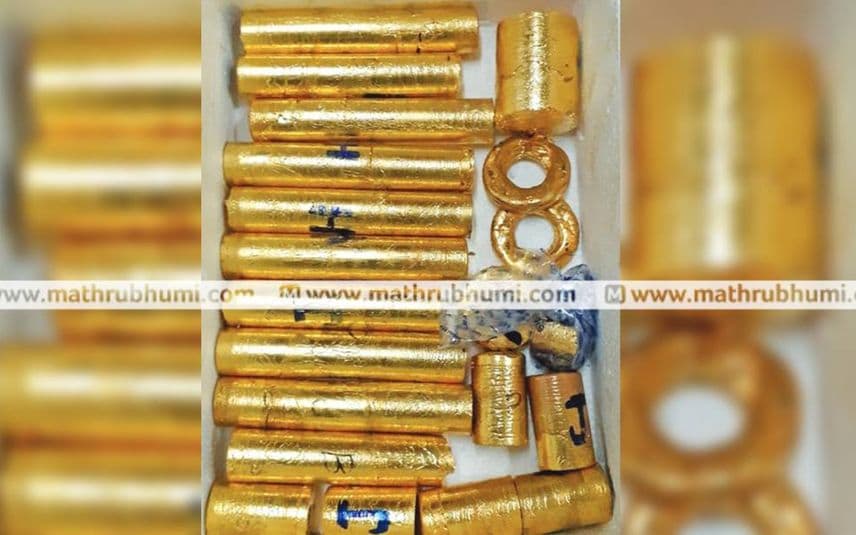 Kochi: The accused in the gold smuggling case has revealed that they smuggled gold to UAE consulate via Thiruvananthapuram airport 12 times before. It has come to light during the interrogation that the consulate premises were used for smuggling when Swapna and Sarith were working there and afterwards. With this, the case has taken a new turn.

Earlier, the accused claimed to have made the fake emblem of UAE and the fake sticker of diplomatic baggage. Also they had said that either Swapna or Sarith used to deliver the gold from airport to the workshop of Sandeep Nair. However, now they have disclosed that gold was brought to consulate 12 times. With this, suspicions grew regarding the involvement of higher officials.

The diplomatic baggage will be allowed to be taken only in a vehicle carrying the emblem of the consulate. The accused brought this vehicle to the consulate premises and handed over the bag to dealers 12 times. They also exchanged it at a gymnasium in Karamana, as per reports.

After the gold smuggling case came to light, controversies erupted regarding the workshop owned by Sandeep Nair and the political leaders who visited there. The locals said that the workshop was not functioning always. There are ambiguities regarding the offer to give the contract for repairing KSRTC buses to a workshop like this. The officials have collected many crucial information from Sandeep and Sarith.