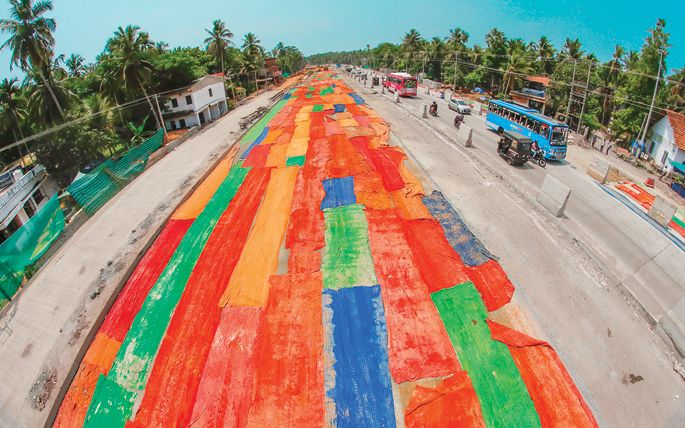 The works on modification of the existing two-lane road to a 45 m wide six-lane over a stretch of 69.2 km are progressing at a good pace.

The six-laning will reduce the time required to reach neighbouring districts Kannur and Malappuram.

Pilling, levelling of the path, concreting, construction of underground pedestrian crossing and other related activities are progressing at various stages. In some parts, trees and buildings debris have to be removed.

In the 28.4 km long Ramanattukara-Vengalam stretch, there will be seven flyovers. The NH will be through underground tunnels at locations like Malapparamb, Vengara and Koyilandi’s Komathkara. In the district border, it will merge with the Thalassery- Mahe bypass.

The six-laning has almost completed at Ayanikode near Payyoli town.

Due to traffic congestion, the travellers are losing at least one hour in the stretch between Koyilandy mini civil station to Kollam (in Koyilandy). With six-laning, an 11 km long bypass from Chengattukavu to Nanthi will be ready and it is expected to avert the time loss. Similarly, instead of the decades-old narrow bridge at Mooradu, a new bridge of 45 metre in width will be constructed. It is expected that the work will be completed within a year.

Meanwhile, the present Payyoli town will become a memory soon. The buildings, shops and establishments were demolished for the widening of the road. Only a few buildings are remaining there. Though some partially demolished establishments are functioning, they too will relocate soon.