A special team of NIA including officials from Delhi and Hyderabad has reached Kochi for quizzing Sivasankar. 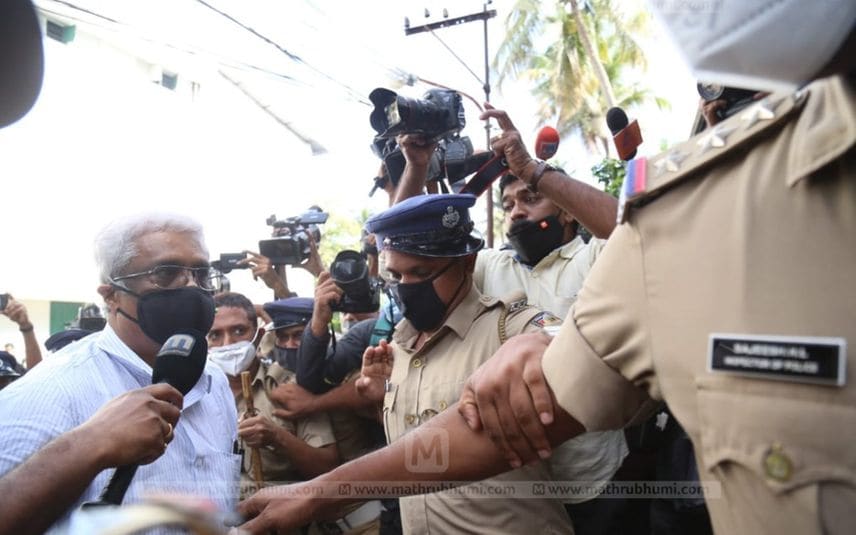 Thiruvananthapuram: The National Investigation Agency (NIA) will interrogate former principal secretary M Sivasankar again in connection with the gold smuggling case on Monday. Sivasankar has reached the NIA office in Kochi and will be interrogated by the officials soon.

Sivasankar left his house at 4.30 am. He was accompanied by a police team till Kazhakkoottam. He was directed to appear at NIA office in Kochi by Monday evening at 5 pm. A special team of NIA, including officials from Delhi and Hyderabad, has reached Kochi for quizzing Sivasankar.

It is learnt that the probe team has prepared 56 questions. The quizzing will take place at a special room arranged in the NIA office in Kochi. This will be captured in video. The interrogation will be based on some phone calls and videos.

Sivasankar had earlier told the NIA during the first interrogation held in Thiruvananthapuram that he had only a friendship with Swapna Suresh and Sarith, the accused in gold smuggling case. It is hinted that there are contradictions in the statements he gave to the NIA and Customs. He will be asked for an explanation in this regard.

Jayaghosh, who was gunman at the UAE consulate general, is likely to be added in the list of accused. The NIA has found out that Jayaghosh had helped Swapna, Sarith and Sandeep at different phases of smuggling. It is learnt that Jayaghosh will be summoned to Kochi for interrogation and then named in the accused list.