Abhaya, an inmate of St. Pius X convent in Kottayam, was found dead in the well of Pious Tenth convent in Kottayam on March 27, 1992. Though local police and crime branch initiated a probe into the case, they dismissed the probe as a suicide. 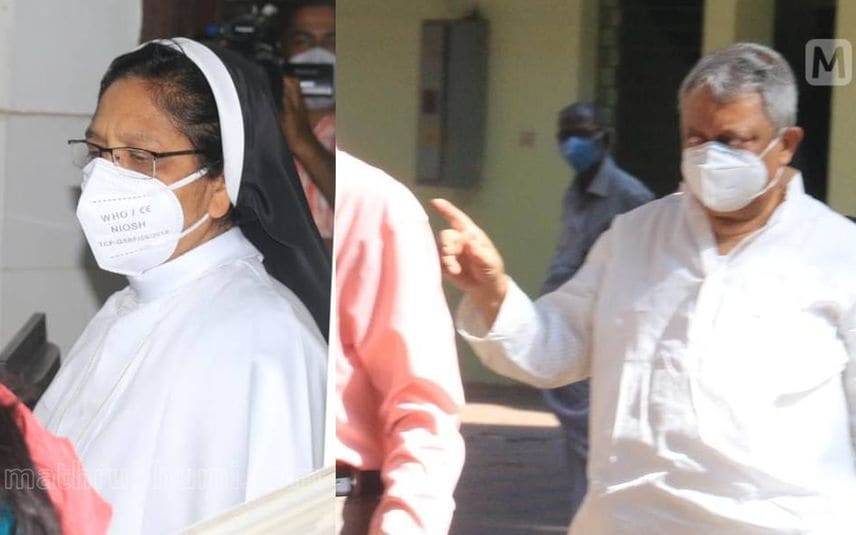 Sister Sephy was awarded life sentence for murder charges and Rs 5 lakh as fine. She was given 7 years sentence for destruction of evidence and Rs 50,000 as fine. Both Fr Jottoor and Sister Sephy were present at the court to hear the verdict.

Fr Thomas Kottoor's lawyer said in the court that he requires relaxation in the punishment as he is a cancer patient. Fr Kottoor repeated that he is innocent. He also requested to consider his age and health conditions. Sister Sephy also requested relaxation in punishment. The hearing started at 11 am and was completed by 11.35 am.

The court had found first accused Father Thomas Kottoor and third accused Sister Sephy as guilty in the case on Tuesday. The controversial case has been awaiting verdict for the last 28 years. The trial in the case was completed on December 10. Special CBI court judge K Sanil Kumar considered the case. CBI prosecutor M Navas appeared in the court for prosecution.

Abhaya, an inmate of St. Pius X convent in Kottayam, was found dead in the well of Pious Tenth convent in Kottayam on March 27, 1992. Though local police and crime branch initiated a probe into the case, they dismissed the probe as a suicide.

CBI found it as a murder case after 15 years from starting the probe. The court started the trial into the case in 2019. Statements of Adakka Raju, a thief and Kalarkode Venugopal, a public activist, were crucial in the probe.

Though 49 witnesses appeared for the hearing, 8 crucial witnesses turned hostile in the case. The second accused in the case - another Catholic priest Jose Puthurukkayil, however, was acquitted by this court in 2018.