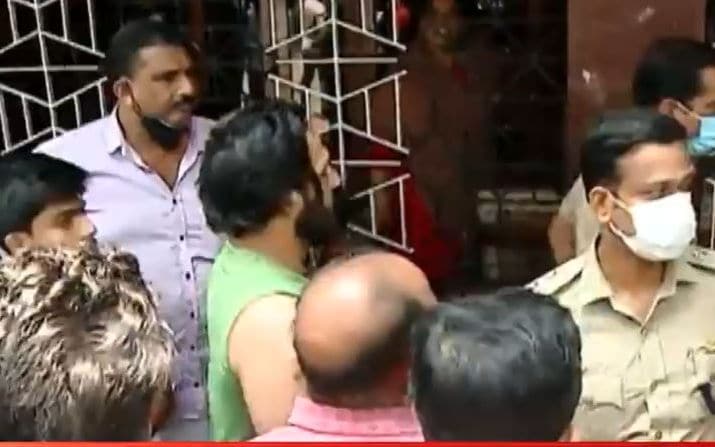 Kannur: The survey stone laid for the Social Impact Survey of the SilverLine semi high-speed rail corridor at Muzhappilangad here has been removed.

The protestors were later removed from the location by the police.

Though the land owner and son were taken into custody, they were released following protest, sources said.

Owner Muhammadali said they were not informed about the survey. We do not want the compensation. We will remove the stone no matter how deep they place it, he said.