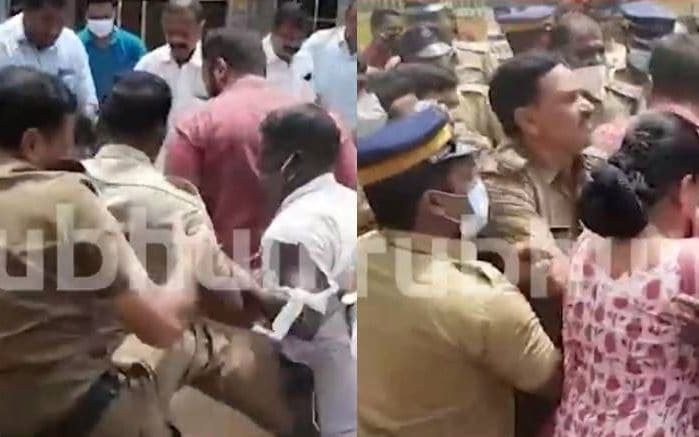 Scenes from the conflict / Photo: Screengrab from Mathrubhumi News

Thiruvananthapuram: Karichara near Murukkumpuzha in Kazhakoottam witnessed dramatic scenes during the stone laying of the SilverLine project resumed after a few days.

The protestors led by Congress leaders restricted K-Rail authorities and revenue officials from doing the work. When the police intervened, the protestors pushed and pulled each other. The tussle escalated and police stamped down the protestors.

One of the Congress activists collapsed allegedly due to the high-handedness of the police. However, the Congress workers maintained that they will restrict stone laying for the project at any cost.

Earlier, Congress workers removed the survey stones in the region laid by the officials. They locked horns with the officials again as the stone laying resumed after a few days gap.

Meanwhile, it is learnt that deputy collector has ordered revenue officials to temporarily halt the stone laying process.