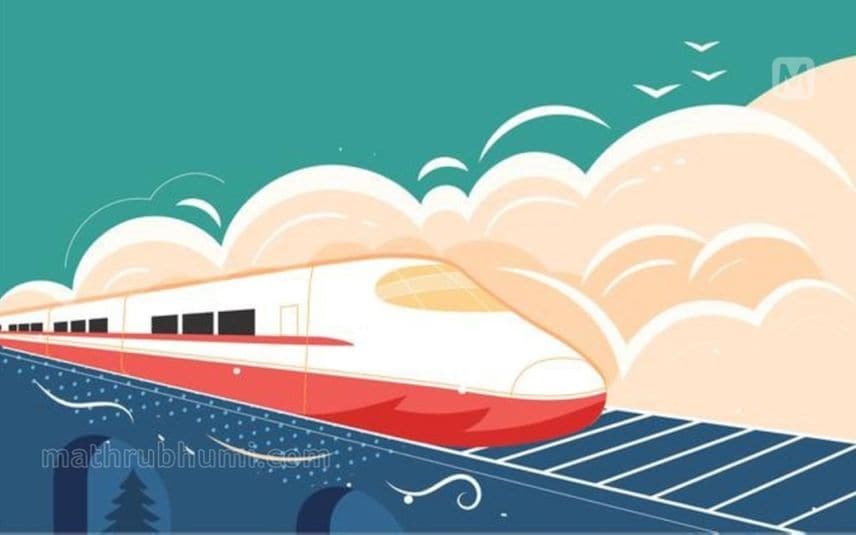 Kochi: The Kerala High Court on Thursday asked the union government to clarify its stance on the social impact assessment (SIA) related to K-Rail spearheaded the SilverLine project.
The court expressed its surprise and said that it is unbelievable that the survey for SilverLine is continuing even though the union government say that it has not given any nod. Meanwhile, the Railway Board in its affidavit submitted in February had said that it had directed K-Rail to stall the procedures related to land acquisition.

Justice Devan Ramachandran has now directed the union government to submit a report on the matter and clarify its stance.

Meanwhile, senior government pleader TB Hood submitted that an accredited company is conducting the survey based on the state government notification. K-Rail is just assisting that party and for that union government’s nod is not required, the pleader contended. He further elaborated on the purpose of using stone painted with K-Rail for the survey. According to the pleader, the K-Rail tagged stones were used as directed by a special officer for the SilverLine project.

Then the court asked whether the survey is still on. It was submitted that survey is in progress by using the geotagging method. The court reminded the state government that if it had followed its advice the survey could have been completed by now. From the beginning of the case, the court had suggested that geotagging procedure can be utilized, it said.