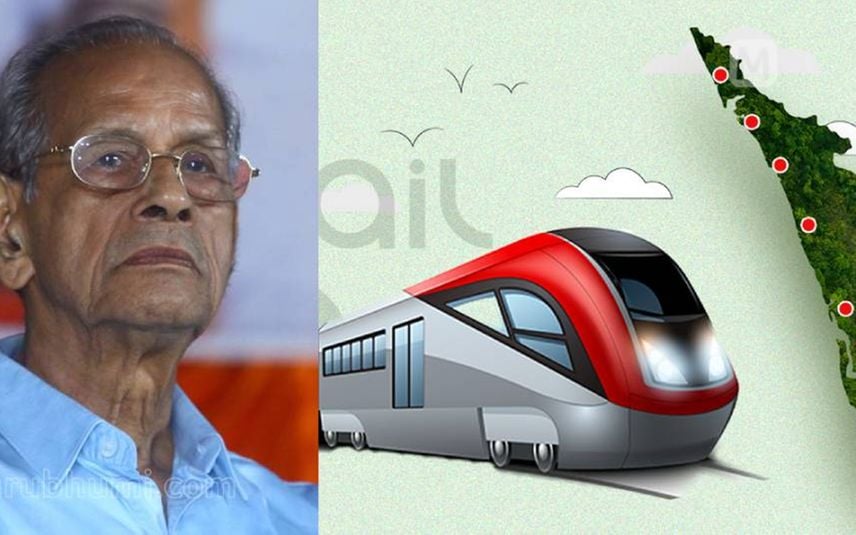 Malappuram: While the Chief Minister Pinarayi Vijayan is reiterating ambitiousness of SilverLine semi-high-speed train project spearhead by K-Rail, ‘Metroman’ E Sreedharan who had unsuccessfully contested as BJP candidate during assembly elections, has raised his concern over the project. While addressing the media, Sreedharan pointed out that the way the state government is pushing for the SilverLine instead of executing many approved projects seems dubious.

“There are many approved projects. Why they are not executed? Many much-needed projects for people were stopped. K-Rail project is not for people. The objectives are something else. If welfare of people is a concern, then Nilambur- Nanjangud railway project should have been executed first. However, that is on hold…That is arrogance… Similarly, projects like Thiruvananthapuram lite metro and Kozhikode lite metro should have been prioritized,” he said.

“Government is not doing projects that state requires. It is just prioritizing things that are of its needs. What is the need of projects like inland water transport project and airport at Sabarimala? There is a hidden agenda in this pursuit,” he remarked. To corroborate this, he cited that DPR of the project is not yet published.

“I have informed the Prime Minister about technical issues with the project,” he told. He said that he is willing to cooperate with UDF to alert the people about the bad impacts of the project. “I am not in this as a BJP person,” he pinpointed. He added that though there are counter opinions about the project within CPM, they are not coming out.