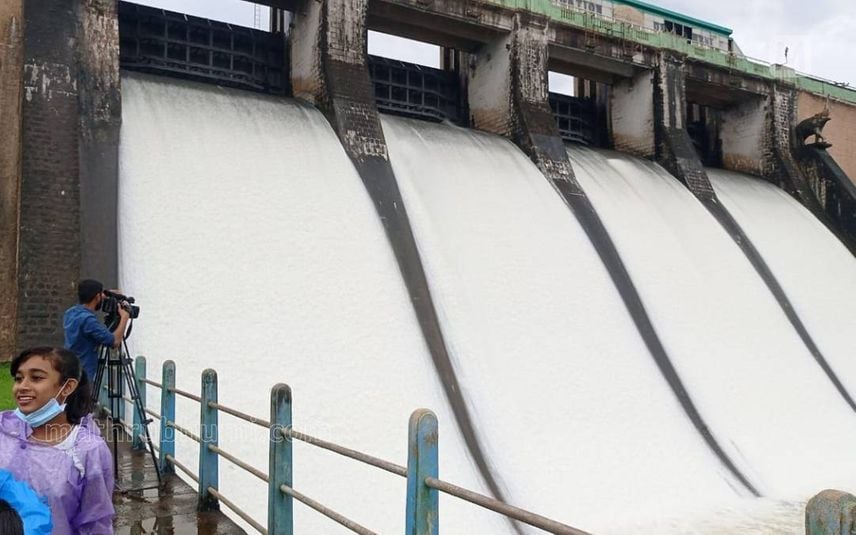 Palakkad: Following heavy rain, the shutters of the Malampuzha dam were opened on Saturday afternoon.

Four shutters were opened by 30 cm by around 4 in the evening.

People on the banks of Mukkaipuzha, Kalpathipuzha and Bharathapuzha are asked to stay vigilant of the rise in the water level.

Since the rain in the catchment area of the dam has subsided, there is no need to panic, authorities said.

The maximum capacity of the dam is 115.6 ft. The shutters were opened when the water touched 111.46 ft to maintain the level.

Meanwhile, the level at Mullaperiyar dam has touched 135 ft. A 24x7 control room has been opened at Manjumala village office.

The IMD has predicted widespread rain across Kerala for the next five days.