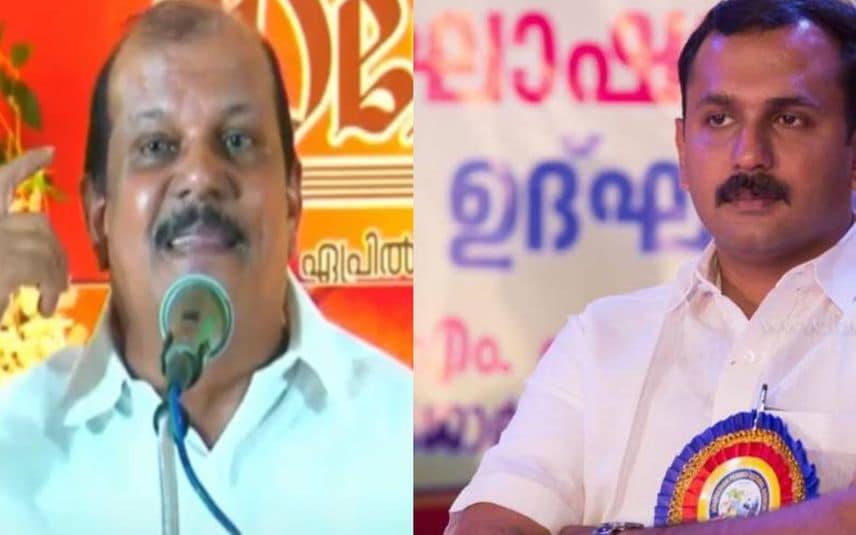 Thiruvananthapuram: Shone George, son of PC George, stated that the case against his father over hate speech will be legally dealt with. The statement of Shone came soon after police took PC George under custody.

When asked about the controversial speech of his father, Shone answered that he is responding as a son as of now and not as a social worker.

Shone George is also accompanying his father who is heading to Thiruvanathapuram with police in his own vehicle.

The FIR stated that the accused, during an event here, made a speech promoting enmity between religious groups.

George, who was the chief whip of the earlier ruling party, had sparked off a controversy by asking non-Muslims in Kerala to avoid restaurants run by the community.

Addressing a programme organised as part of the ongoing Ananthapuri Hindu Maha Sammelan here on Friday, the former Kerala Congress leader had alleged that tea laced with "drops causing impotence" were sold in Muslim-run restaurants to turn people "infertile" in a bid to "seize control" of the country.

Condemning the remarks, the Congress has urged the state government to take strong action against George. Leader of Opposition in the State Assembly V D Satheesan alleged that George made the statement with an intention to “ignite communal passion and create deep divisions in society”.

George had also alleged that Muslims served the food after spitting in it.

"Why should we eat their spit? Their scholars claim that their spit is a fragrance," he had said.