Following this, the patients refused to have the food served near the dead body and protested. 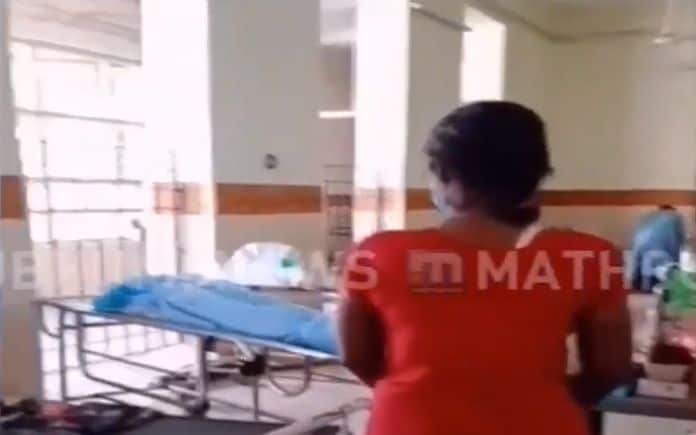 Thiruvananthapuram: The lapses on the part of Thiruvananthapuram medical college authorities in removing the dead body of a COVID patient has come to light. The body of a person who died by 5 in the morning was removed only after 5 hours. Meanwhile, breakfast for the patients of the same ward was served keeping the corpse near to the food.

The incident took place in ward number five of Thiruvananthapuram medical college. COVID-19 patients are being treated in this ward. A Balaramapuram native patient died on Tuesday morning. The body was shifted from the ward only at 10.30 am. The breakfast for other patients was served close to where the body was kept.

Following this, the patients refused to have food and protested. On seeing the mounting protest, the body was removed later. However, no official explanation came from the medical college authorities on the issue.

MLA Sabarinadhan later shared a video of the incident through his Facebook page.