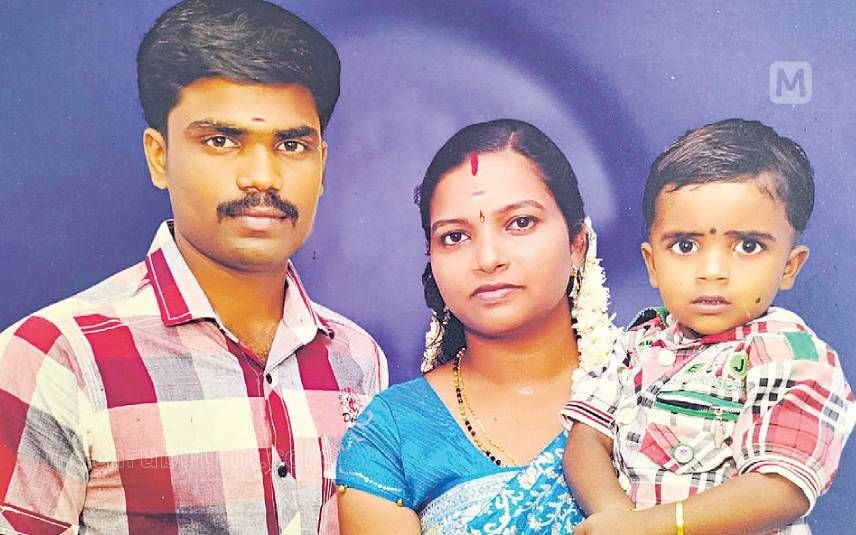 Ambalapuzha: Thiruvananthapuram Anad native Shiny lost her husband, son and brother in a horrific car accident here that left four dead. Shiny, who was severely injured in the accident, was rushed to Thiruvananthapuram Medical College Hospital. The family was on their way to drop off Shiny at the airport for her first trip to Saudi Arabia to join for a job.

The accident happened at around 5 am on Wednesday near Ambalapuzha. The car that was heading towards Nedumbassery airport rammed into a lorry that was coming in the opposite direction. All passengers except Shiny were killed in the accident.

Sudheesh Lal was driving the car. It is suspected that he fell asleep, leading to the accident. The car was completely destroyed in the crash. Ambalapuzha police and locals were able to take Niranjan out of the car. However, others were taken out after the fire force team from Thakazhi arrived and cut open the car. All four were killed on spot.

The lorry that lost its front wheels upon the impact of the accident, went out of control and stopped after hitting a nearby shop. The bodies were handed over to relatives after post-mortem at the mortuary of Alappuzha Medical College Hospital.

Shiny had received a job offer at a hospital in Saudi. She was preparing to fly abroad to put an end to the financial crisis of the family.

Sudheesh Lal is the son of later Sivakumar and Rama. Niranjan was a class 7 student at Darsana English Medium School in Nedumangad. Welding workers Shaiju and Abhirag are unmarried.

13 Sabarimala pilgrims injured as vehicle falls into gorge in Idukki