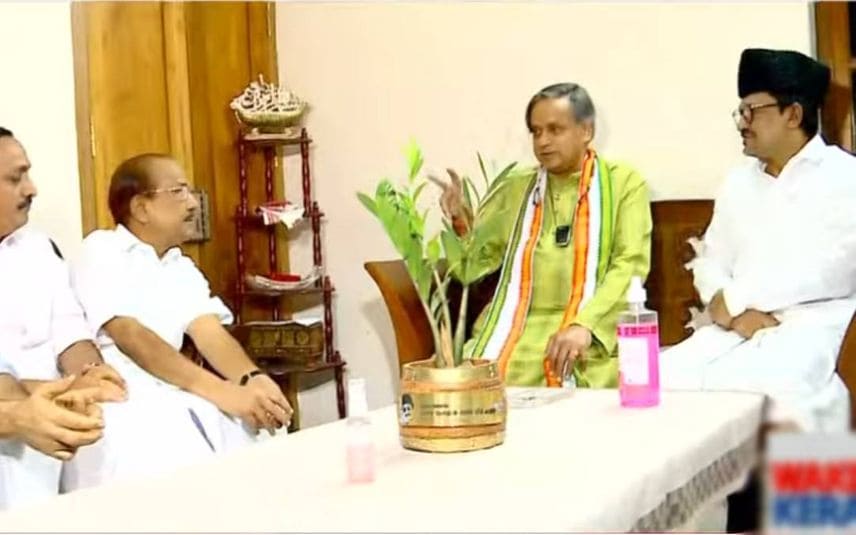 Malappuram: The visit of Shashi Tharoor to Panakkad, the epicentre of the Indian Union Muslim League in Kerala, on Tuesday morning, is highly significant as the MP’s 'Malabar tour' has sparked a political storm in the Kerala faction of Congress.

The League is the first constituent of the UDF to host Tharoor on his tour after his ‘newly-found love for home'. This would take the matter to the UDF, away from the hands of Congress, and the party leadership may not be able to end it as it desires.

Even though Tharoor requested for the visit, the League is equally interested in meeting him. IUML had earlier wanted to bring Tharoor to the forefront of state UDF leadership. For the 2021 Assembly elections, he was invited to many of the League's constituencies to campaign. It also felt Congress did not use him much.

Shihab Ali Thangal, while accepting his request for a visit, said his presence would strengthen the UDF in the state. But it does not wish to engage in the matter openly because it concerns a close ally. However, the party would wholeheartedly support Tharoor's bid to play a more active role in state matters.

It may be noted that the League has expressed strong dissent against the ‘pro-RSS’ comments of KPCC president K Sudhakaran.

On the other hand, Sudhakaran has issued a dictum that leaders must stay away from making public statements about the controversy surrounding the ‘Malabar tour’ of the Thiruvananthapuram MP.

Those behind allegation won't be let off hook: PK Kunhalikutty on advocate Hareendran's claim