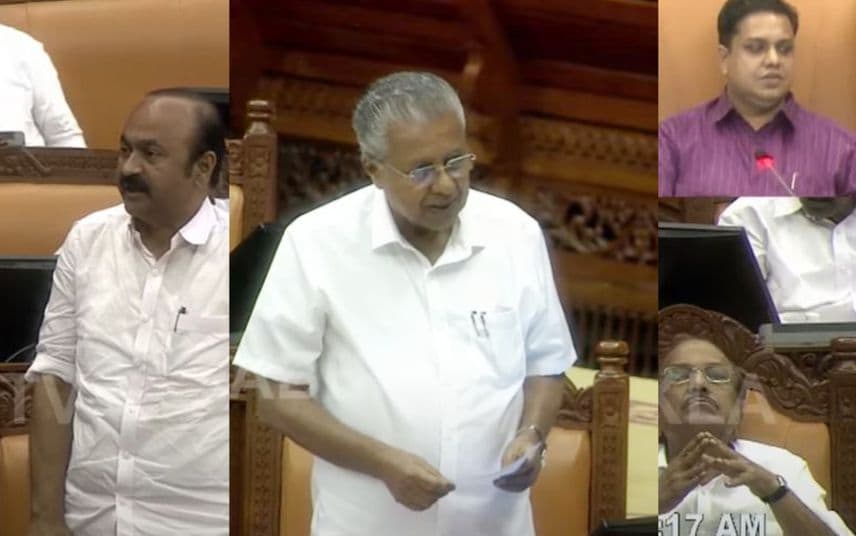 Thiruvananthapuram: Chief Minister Pinarayi Vijayan, Opposition leader VD Satheesan and other leaders acclaimed AN Shamseer, who assumed the office of Speaker in the Kerala legislative assembly on Monday. The Chief Minister said that Shamseer possesses maturity and insights far beyond his age while the Opposition leader opined that he does not expect that a speaker has to be a ‘referee’ or an impartial person.

“Kerala legislative assembly has witnessed an array of Speakers who were adept in proceeding the Assembly procedures following democratic means and securing the rights of all its members. I do not doubt your efficiency to carry out the same tradition of the assembly,” said CM.

CM recollected the leaders, such as CH Muhammed Koya, who took charge as Speaker at a comparatively younger age. He also noted that 33 members of the Assembly are those with an age between 27 and 48. When a person in the same age group assumes the position of Speaker, it would reflect in the active functioning of the assembly, added CM.

Chief Minister appreciated the former speaker MB Rajesh for his impartial and dynamic role as a speaker. CM expressed his wish that the new speaker would also follow the same path as he is a politician who evolved by intervening in social issues. He has realised the secular values of his family itself, CM stated. CM reminded that a speaker’s responsibility is to facilitate the government to carry out its activities without hindrances and granting the democratic necessities of the Opposition.

Opposition leader VD Satheesan said that he does not perceive the speaker as a ‘referee’ or an impartial person. “A speaker shall help the government to fulfil its constitutional duties and responsibilities. Meanwhile, though the Opposition is less in numbers in this assembly, we expect the speaker would preserve the rights of them too,” said Satheesan.

The opposition leader also lauded MB Rajesh for encouraging the serious debates conducted in the assembly. He noted that the term of Rajesh witnessed fewer tussles between the speaker and the opposition.

Shamseer secured a total of 96 votes in the election to the post of speaker, while UDF candidate Anwar Sadath obtained 40 votes.