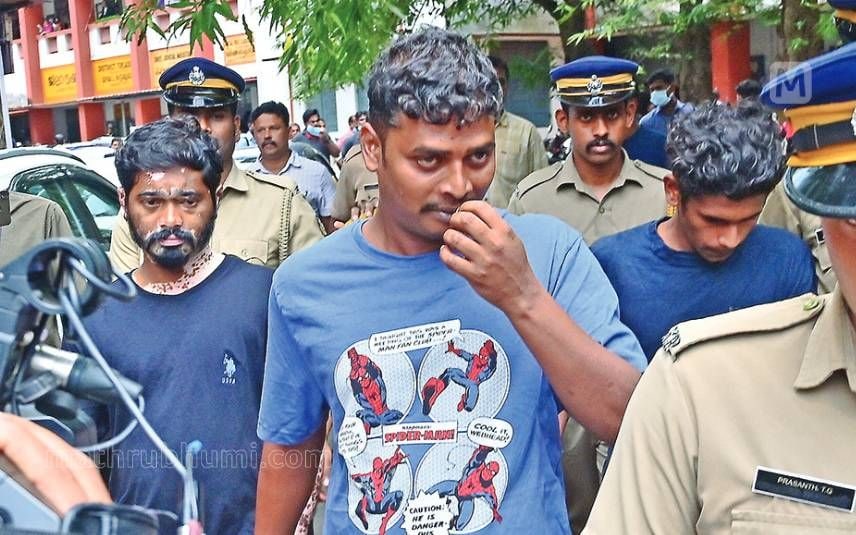 Palakkad: The remand report prepared by the police in the murder of S Shajahan(47), a CPM leader, claimed that eight of the accused in the case are BJP-RSS loyalists. Police claimed that the murder is politically motivated. On Friday, the probe team submitted the remand report before Palakkad first class magistrate court while producing four of the accused in the case.

Police demanded a detailed investigation into the alleged links of BJP-RSS in the case. The probe team sought the custody of the accused and sought permission to investigate the involvement of senior leaders in the case. Meanwhile, the district police chief didn't disclose the BJP links in the case while addressing the press conference. This contradicts the FIR submitted in the court.

N Shivarajan, one of the accused in the case, told the media personnel on the court premises that he is a CPM activist. This remark came days after other accused also revealed that they are CPM workers. Further, Shivarajan alleged that police beat him and forced him to name his brother in the case. However, police officials dismissed these allegations.

Meanwhile, the court granted custody of Naveen(39), Shabareesh(30), Aneesh(29), and Sujeesh(27) to the police for six days. The remaining accused have been sent to Alathur Sub Jail for 16 days.