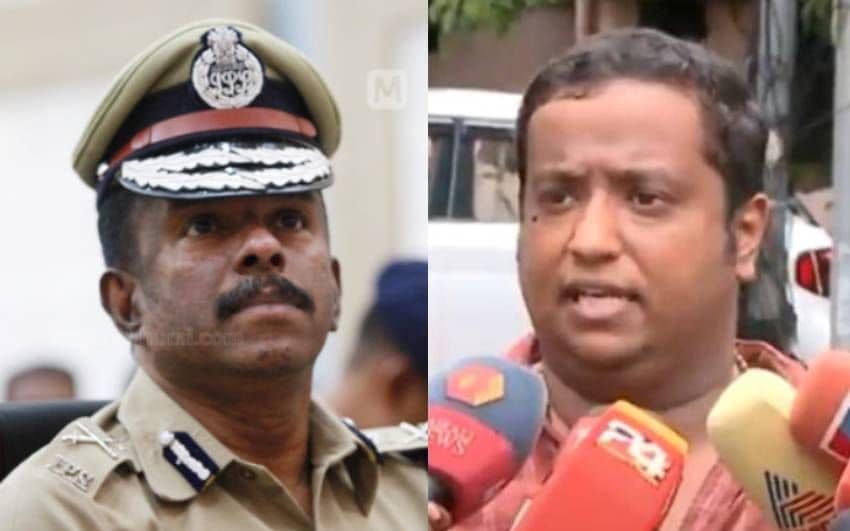 Kochi: Shaj Kiran, the alleged middlemen, and ADGP MR Ajith Kumar spoke on the phone 11 times on the day gold smuggling case accused Sarith was taken into custody by the Vigilance. They spoke between 11 am- 1.30 pm on that day.

Swapna Suresh, the prime accused in the smuggling case, had said that Shaj Kiran warned her of Vigilance nabbing Sarith after she made accusations against chief minister Pinarayi Vijayan. Ajith Kumar was the head of the Vigilance at that time. He was removed soon after the matter turned controversial. According to Swapna, Shaj approached her for the chief minister and asked to withdraw her statement against the CM.

The custody of Sarith had turned controversial as Swapna accused that the Vigilance 'kidnapped' him after she spoke against the CM. However, Vigilance maintained that he accompanied the officers when asked to, and was released soon after enquiring about certain things.

Meanwhile, an audio clip was released in which Shaj was heard stating Ajith Kumar and ADGP Vijay Sakhare spoke to him.

Ajith Kumar was Kochi city police commissioner when Shaj was working as a media person in the city.

Swapna is booked by the Crime Branch for ‘conspiring’ against chief minister Pinarayi Vijayan and the government.