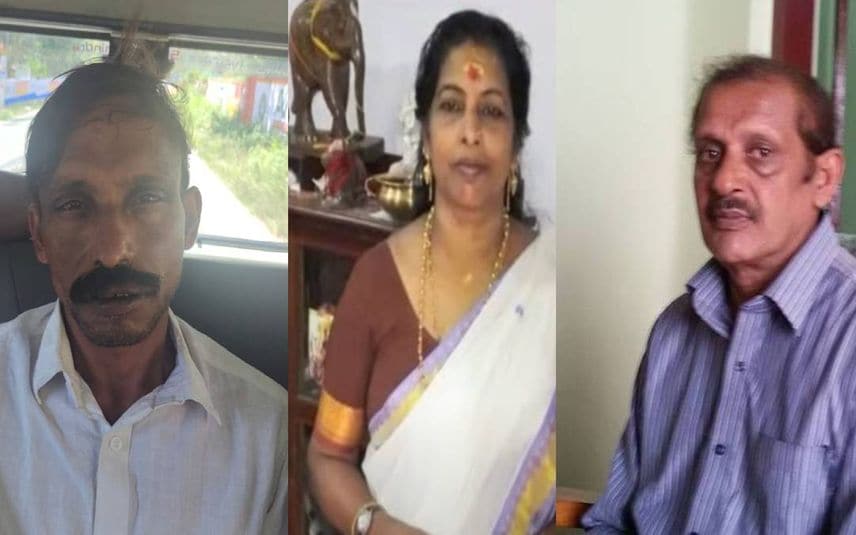 Pathanamthitta: Sources in the Kerala police say that the middleman Shafi alias Rasheed is the main conspirator in the dual murder in Pathanamthitta in the suspected human sacrifie case.

It was Shafi who convinced the couple about the benefits of human sacrifice to overcome financial burden. Shafi found the victims and was present during the murder, chanting mantras, they say.

Shafi approached Bhagaval Singh through a fake account on Facebook, 'Sreedevi'. It is unclear at the moment if he chose him based on any factors or if Bhagaval was a random person he happened to talk to. Anyway, 'Sreedevi' advised Bhagaval to talk to one Rasheed (Shafi himself) who is a diviner. Trusting the words of 'Sreedevi', Bhagaval spoke to Rasheed over phone.

Kerala: This is how a woman missing case ...

He convinced Bhagaval of the impact of black magic. Shafi met the couple at their house in Elanthoor. He also convinced the couple to engage Laila in a physical relationship with him as part of his 'pooja'. Meanwhile, he told the couple about the possibility of human sacrifice for prosperity. He assured that he will arrange women for sacrifice. Shafi also told them that 'Sreedevi' was a beneficiary of sacrifice. 'Sreedevi' also confirmed this during a chat on Facebook.

The first victim of Shafi was Rosly, a lottery agent in Kalady. She was offered an opportunity in the film industry and a remuneration of Rs 10 lakh. Rosly was tied to a cot in Bhagaval's house in the pretext of shooting and butchered brutally. Shafi chanted 'mantras' during the murder, police say.

But things didn't change for Bhagaval and Laila as assured by the ‘diviner’. Shafi then told them that the curse on the family was so heavy that one more sacrifice was required. The second victim, Padmam, was lured by Shafi in a similar way. She was also a lottery agent in Kochi.

The remains of Padmam and Rosly were found in dozens of pieces in the search that continued till late evening on Tuesday.

Police also said that Shafi is a history sheeter and an accused in a 2020 sexual assault case in Puthenkurish. The victim was a 75-year-old woman. He got bail in the case in February 2021. The trial is about to begin.