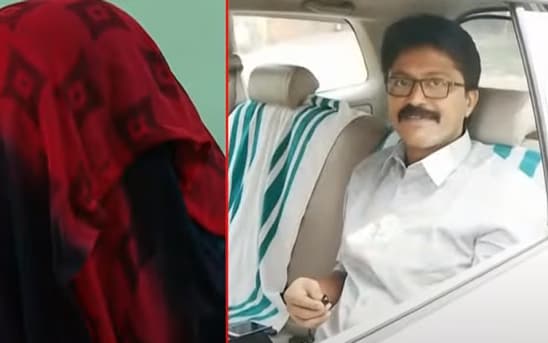 Kochi: The woman who filed an assault complaint against Perumbavoor MLA Eldhose Kunnapilllil said he threatened and forced her to come to Kovalam after visiting her house in an inebriated condition. She had tried to commit suicide after not receiving any assistance on the complaint, she revealed.

The woman was admitted to hospital several times after facing physical abuse from the Congres MLA. "He assaulted me multiple times and took me to hospital for treatment. It was the local people in Kovalam who informed police regarding the assault. He even told the locals that I was his wife," she said in a press conference.

The woman said that she befriended Eldhose through a close acquittance of her. Eldhose had promised to pay Rs 30 lakh to withdraw the complaint. Several people advised me to compromise and I could not name them now, she added.

"I ran away from home after they threatened me of honey trapping Eldhose using videos in their possession. The locals handed me over to Police after I tried to commit suicide in Kanyakumari," she said.

The complainant said she had known Eldhose for the past 10 years and became close in June 2022. "I realised he was a bad person after he tried to disrupt my private life. He attacked me several times at my house after I tried to keep a distance from him."